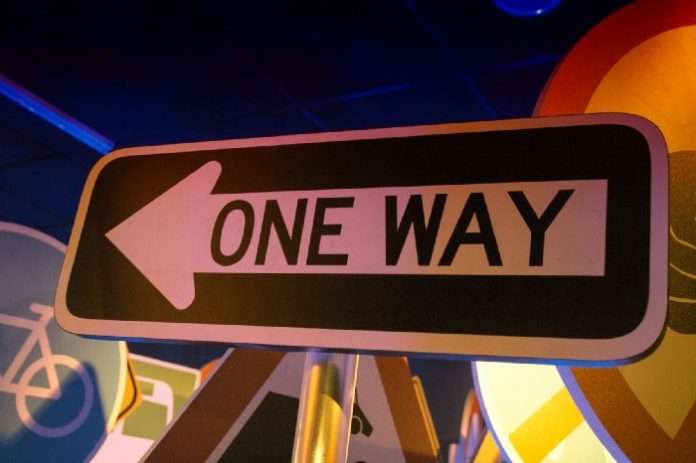 Why deconstruction was rare in the early church

The word Backslider comes from the Hebrew word מְשׁוּבָה, which means to turn back. Over the years, this word has lost some of its meaning and become inadequate. It is now something we joke about and use in everyday language.

However, by modernizing the definition, we breathe new life into this word that holds significant meaning and value for every Christian. The best way to describe מְשׁוּבָה in modern terms and in a way that is consistent with the biblical text is to repent from your repentance.

You had once repented, walking away from sin and friendship with the world so that you could follow Jesus. You went from death to life.

But then you changed your mind

You decided the narrow road wasn’t worth it and returned to the path you were walking before. You rejoined your old friend and went back into your former lifestyle on the road that leads to death. Fully aware of where this path will lead you but no longer concerned for your eternal fate.

An older term used to describe the same concept is apostasy. In the early church and in times of persecution, the enemies of the Way would torture and maim the early Christians trying to get them to apostatize, or deny their faith. The Romans would attempt to force the Christians to worship a false god or blaspheme the name of Christ.

One of the reasons that the early Christian church proliferated so rapidly is that the pagans rarely saw Christians deny the faith.

The idea that a person would stand by their convictions under the threat of persecution or death shook the foundation of their beliefs. Never had they seen such faith among their ranks.

The early church’s response to persecution and the Christians’ refusal to apostatize had such a significant effect that it eventually transformed the Roman Empire completely.

Today, it has become commonplace to deny our faith in small ways every day. This works to make our testimony somewhat obsolete. The modern church’s constant compromise and worship of comfort and safety have had the opposite effect from the churches of our spiritual forbearers.

We make simple compromises every day. We deny him with our words and our actions. We refuse to speak for Him because we fear ridicule. We can not handle the idea of being thought of as “old-fashioned” or “non-progressive.”

We could never stand up to genuine persecution because the truth is, we have come to love this world, and we hold a firm grip on our place in it. To lose our standing would be a sentence worse than death.

But hear these words from Peter, a man well acquainted with apostasy:

For if, having escaped the world’s impurity through the knowledge of our Lord and Savior Jesus Christ, they are again entangled in these things and defeated, the last state is worse for them than the first. For it would have been better for them not to have known the way of righteousness than, after knowing it, to turn back from the holy command delivered to them. It has happened to them according to the true proverb: A dog returns to its own vomit, and “a sow, after washing itself, wallows in the mud.” (2 Peter 2:20–22, CSB)

So, what is the remedy to our current dilemma?

It is simple, spend time with Jesus. He should be your rock, the center of your universe, the driving force behind every action. Pray to Him, listen and obey, seek Him, speak of His goodness, and you, like Peter, will right the ship, recover from your error, and avoid the Shipwreck of your faith (1 Timothy 1:19).