Trust God to Take Care of You 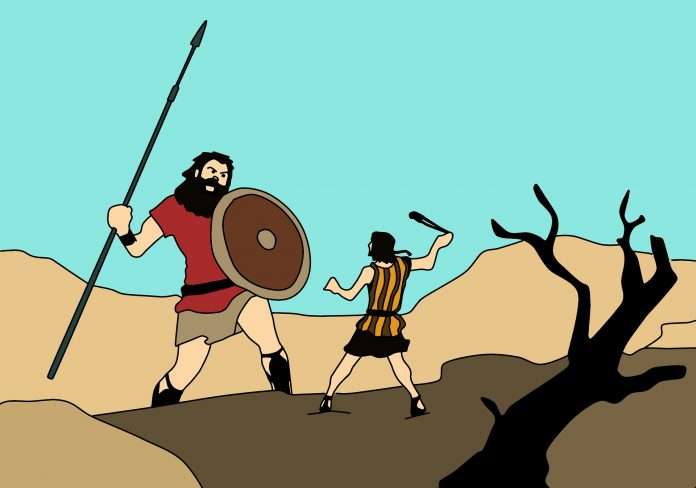 Our verse for today comes from 1 Samuel 18:8, ” Then Saul was very angry, and the saying displeased him; and he said, ‘They have ascribed to David ten thousands, and to me they have ascribed only thousands. Now what more can he have but the kingdom?’ “

When you think of David, do you also think of Goliath. The giant of the Philistines, who stood almost ten feet tall, challenged the Israelites every day for forty days to send out their best man for a winner-take-all battle in the Valley of Elah. But as King Saul stood with his men across the valley, he sent no one to challenge the giant and defend the honor of God and His people. But David would have none of that. When he learned of Goliath and the challenge, he took his sling and stones and let his faith in God deliver to him the head of the giant. Whereas Goliath’s taunts had gotten in the heads of the Israelites and spooked them into a paralyzing fear, David got into the head of Goliath on a whole different level. In fact, when he went back to meet with Saul after the battle, he was still carrying Goliath’s head with him. And that might have been the first step on the road to David getting in Saul’s head. Now David wasn’t messing with Saul intentionally. After killing Goliath, David was placed by Saul over all the men of battle. And after the Philistines were defeated, the women of Israel danced and sang as David and the soldiers returned, praising David for his grand victory. But even though the story only officially credits David with slaughtering one (giant) Philistine, the ladies sing of his victories by the ten thousands.

And it is in Saul’s reaction to this lavish praise that we see the beginnings of his losing his grip on reality. For mighty Saul, who himself stood head and shoulders above all the people and was more handsome than anyone else, made the mental leap that David’s victory over Goliath meant that he would next be coming after Saul’s throne, which had not and would never cross his mind. That’s some impressive paranoia for a king to have about a young teen after one fight. But it’s not unique. There are circumstances all around each of us that tempt us to jump to conclusions and doubt God. Worse yet, they tempt us to play God and try and manipulate an outcome. But that’s not the road to take. Trust God to get you from the middle to the end. Trust God because you love Him that much.

As we seek Him today, don’t let the situations of the present cloud your vision of God’s control of the future. Find rest and peace in His sovereign promise to take care of you.

Evangelism – God’s Ways Above Ours