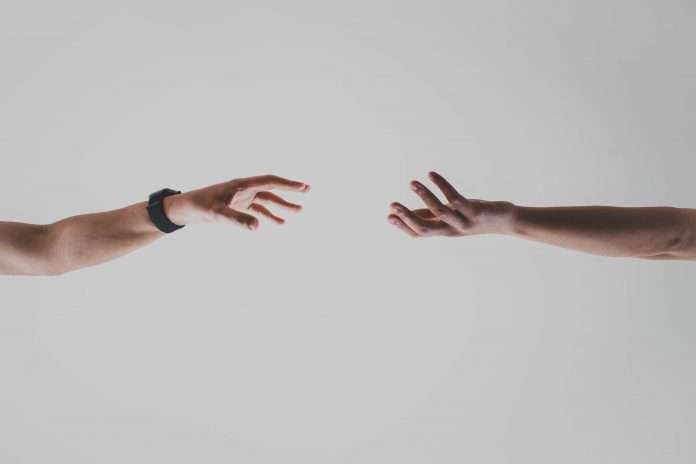 Our verse for today comes from Deuteronomy 30:11, ” For this commandment which I command you today is not too mysterious for you, nor is it far off. “

My high school and its arch rival are about five miles from each other. Kids that attend one of these schools could theoretically live in the same neighborhood, but go to schools that pull against each other with all their might. My best friend and I met in high school, and we lived about three miles from each other. His wife, however, grew up a few miles further out, and she went to our dreaded rival school. But they did not meet while they were in high school. God’s path for them had several twists and detours along the way. In fact, they did not meet until they were both teaching at a school in Vermont, over 800 miles from where they grew up. Meeting on that campus, they realized that they had grown up just a few miles from each other, but had to be eight states away for God to bring them together. And although eight states sounds like a long way, it can seem like next door when compared to how distant we feel to God and His Word sometimes. In fact, God had to remind the Israelites that His commands were not too mysterious and distant like the heavens or the far seas, but they were very near, within their hearts and mouths.

But it sure can seem like a long way between us and where He is, can’t it? His simple, loving words can seem kind of murky or dry at times, no? And then what do you do? When the Savior feels like heavens away and His words sound vague and impersonal, what brings you back to His feet? What causes you to worship the One that you cannot see? I’m not sure what that is for you. Is it His holiness? Your smallness? His faithfulness? Your desperation? Whatever it is in your case, it’s found in His Word. Your trials and pain, your wandering and doubt, it’s there in the Book. And it is very close. It may have been a while, or it might have been yesterday, but nothing can separate you from the love of our King. You might have to confess a few things or make a surrender or two, but what’s that in comparison to the nearness that awaits you from the God of all mysteries?

As we seek Him today, let any distance between you and the Father be washed away by His love and acceptance. Don’t let another day go by where you are not closer to Him than the day before.

Share
Facebook
Twitter
Pinterest
WhatsApp
Previous article
Biblical Christians – Should we be making our opinion known?
Next article
He is no fool who gives what he cannot keep to gain what he cannot lose.
RELATED ARTICLES
Devotion

Faith of a Child