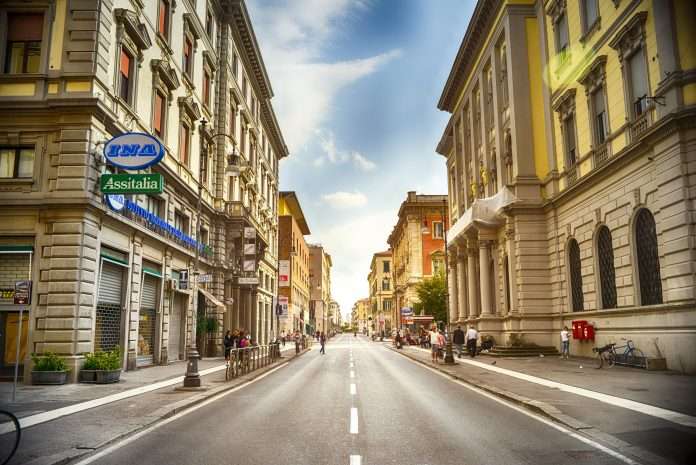 Our verse for today comes from Acts 9:11, ” So the Lord said to him, ‘Arise and go to the street called Straight, and inquire at the house of Judas for one called Saul of Tarsus, for behold, he is praying.’ “

Congratulations. We usually get to hear that when we have done something well and are being rewarded, or we have been granted some sort of prize or gift, or reached some type of milestone like a birthday or anniversary. Needless to say, most times our reaction includes excitement and celebration. But every now and then, the prize is not all it’s cracked up to be. Sometimes a team squeaks into the playoffs, only to have their next game be against the defending champion and undefeated giants of the league, who end up humiliating them by fifty points. Even winning free tickets to an event can cost a small fortune once you pay for childcare, transportation, food and whatever else comes your way. There are times we really want to say, ” Thanks, but no thanks. ” I think that Ananias was having some of those thoughts when he found out that God had chosen him to be the one to go to Saul immediately after his conversion. He tells the Lord that he had heard from many about how much harm Saul had caused the believers in Jerusalem, and here in Damascus he had the authority to bind anyone who called on the name of Jesus. God had rewarded his faithfulness as a disciple with a trip to the man who had sanctioned Stephen’s stoning, and was still breathing threats and murder against the disciples.

But how about this, behold, Saul was praying. And as he was praying, God was placing in his mind the vision of Ananias, who would come and give him back his sight. Saul was praying and God was talking to Ananias about Saul while giving Saul a vision of Ananias. It makes my head spin. But it’s God doing His will through the prayers of His children. Imagine what Saul’s prayers were about, remembering Stephen’s face one moment and a bright light that drove him to his knees on the road the next. He had been to hell and back and was sitting there blind, praying to a Savior he had just met. But boy, did God move. And He’s ready to move again. So are you praying like Saul? Are you listening like Ananias? Apparently that’s all it takes.

As we seek Him today, be a Saul or an Ananias. Pray to your Savior amidst your blindness and needs, or listen to your Savior who is calling you to arise and go. Or maybe you can do both.