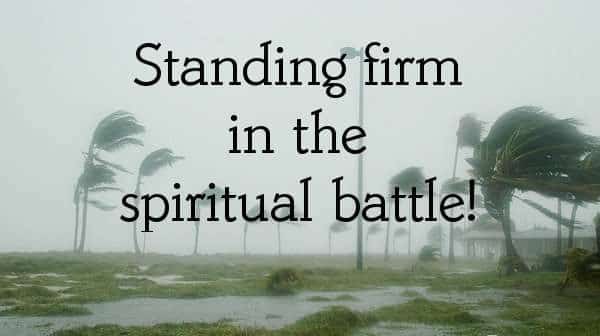 Having just endured the season of the elections, though less unbearable than that of two years ago or what awaits us in 2020, you are all too familiar with the promises and claims of the candidates. Practically no one running for office is immune to the strategy of vowing to do certain things if elected while also boldly claiming that their opponent will certainly fail at certain things and succeed at doing all the other wrong or bad things. Politicians seem to want us to accept that everything they do and believe is right and just, while everything that the other guy does and believes is evil and wrong. It’s an amazingly flawed system. When one keeps his word and tries to do what’s right, there are just as many people griping as when he changes direction and does not fulfill his promise. The murmurs from the congregation are truly a powerful influence.

But more powerful than the murmurs from the congregation should be the word given to the congregation. Joshua and the Israelites had been duped by a delegation from nearby Gibeon. Pretending to be from a distant land, the Gibeonites garnered a covenant from the Israelites granting them exception to the commands of Moses to destroy all inhabitants of that land. But even though the Israelites complained about the outcome once the ruse was discovered, the leaders did not go back on their word. The lives of the Gibeonites were spared, and the honor of God’s people was preserved, albeit while not obeying God’s fullest instructions. And our word must be just as strong. Children can’t wear us down, peer pressure can’t sway us, current pop opinion can’t influence us, and changes in our preferences can’t divert us. What you have promised you must fulfill. If you have given your word or made a commitment, receive God’s blessing by standing by what you’ve said. Do not allow that first chink in the armor to appear.

As we seek Him today, take seriously the commitments you make and have made. Stand firm in your allegiance to the One who has always kept His word.

Roll Up Your Sleeves and Serve