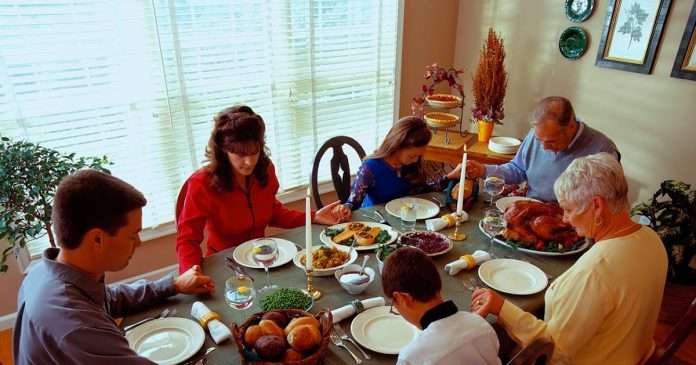 There are many legends and versions surrounding the Thanksgiving holiday. Although there are a couple of firsthand accounts regarding some of the particulars of that first celebration by the Pilgrims, much of how we envision that event has been shaped by artists and advertisers and historians. But of all that we don’t know, there is much that we do know. It is undeniable that a large meal was had, that the harvest had been plentiful, and that God had sustained these settlers through difficult times. But we are so far removed from what those pioneers dared to endure as they left the world they knew behind and started over from nothing that our appreciation of their giving of thanks is inept. They had no backup plans, no government agencies to bail them out. There was no military to ensure their safety, and no blueprint on how to conquer a new world. But conquer they did, and thankful they were. Of those who survived, having a feast and giving thanks for their bounty seemed all too natural.

And just about as common would have been those settlers who had suffered mightily at the hands of the elements, the natives, and the living conditions. Death, disease, sickness and injury were as plentiful as the wild game and stately trees that filled the landscape. So, as they passed the plates around, the maimed would have taken it from the poor and passed it to the lame. The blind would have received it from the crippled and passed it to the widow. The fatherless would have filled his plate and stared across at the one who lost her child. They all had made it through, and they all joined in thanking God for His providence and provisions. But we need something more to compel us to invite ” them ” to our feast, don’t we? It’s family time, or a time of traditions, so who wants to spoil it by making others feel uncomfortable? I wonder how comfortable God feels as we sit at our feasts, thanking Him, and He sees who’s not there. No, I don’t think I need to wonder at all.

As we seek Him today, let’s pray for each other to have the courage and desire to have a Thanksgiving that reflects the feasts of heaven… regardless of what day of the year it is.

Keep Christ in Your Present

The Apostles’ Creed vs. the Bible

We Are His Children