The Grit of Sin in Your Life 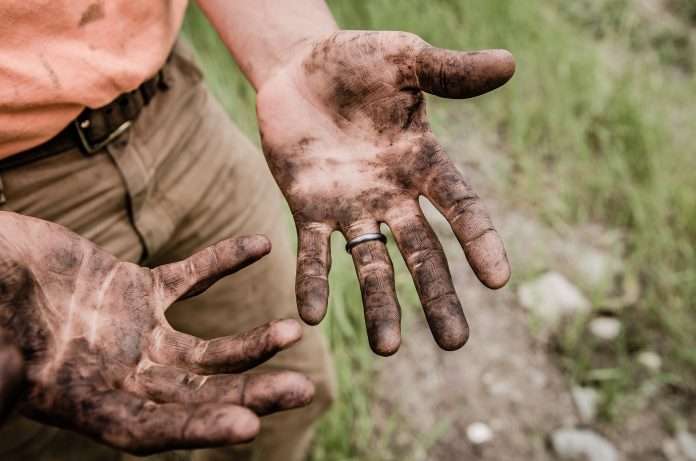 Our verse for today comes from 1 Corinthians 5:6, ” Your boasting is not good. Do you not know that a little leaven leavens the whole lump?

When was the last time you used a recipe that called for leaven? Have you been to the grocery store recently and picked up some leaven on sale? Leaven is not a word that we hear too often these days. And how many of you still use bar soap? Do you remember when that was the only kind of soap there was? These days, it seems everyone uses liquid soap or body wash or some other form of soft soap. But when you used your bar soap, did you ever feel a piece of grit that was captured within in it from the factory? If so, it would feel like a tiny rock was being dragged across your skin, and all of your attention probably turned to getting that impurity out of that soap. That entire side of the bar was unpleasant to use until that piece of grit was gone. And just as we were sensitive to that imperfection in the soap, just as badly as we wanted the grit to be gone, we must look at the sin in our hearts and desire for it to be gone. But like leaven, sin is not a word that we hear much these days, at least not outside our church walls. You’ll hear words like infidelity, impropriety, misjudgment, misappropriation, overreaction, half-truth, human nature, strong personality, and a hundred other monikers. But regardless of what it’s called, we have to look in our own hearts and know that a little of it can mess up a lot.

The leaven of the Bible referred to the influence that one thing could have over another. The hypocrisy and false teaching of the Pharisees were repeatedly warned against by Jesus, for He knew that the slightest inroad made by sin could give way to a whole mindset of ungodliness. When you’re around someone who is negative, or on a team with a poor sport, doesn’t it permeate throughout and effect everyone else? That’s why Jesus said pluck out your eye or cut off your hand if it causes you to sin, because it won’t stop at just one sin. Even the soap that boasts of being 99 and 44/100 percent pure is still impure. So do not dismiss, or worse, boast about some personal shortcoming. If it is sin, call it by name, and let God’s grace deal with it.

As we seek Him today, seek Him knowing that He wants you to be pure and perfect as He is. Let Him show you the grit, and then let Him wash you clean.

Share
Facebook
Twitter
Pinterest
WhatsApp
Previous articleThe Bible – Accurate Theology but What About Science & History
Next article“ If you think one political party is right and the other party is evil, the problem with our politics is you. “
RELATED ARTICLES
Devotion