Right-To-Life vs. Right-to-Choose, Part 1 – What We Believe 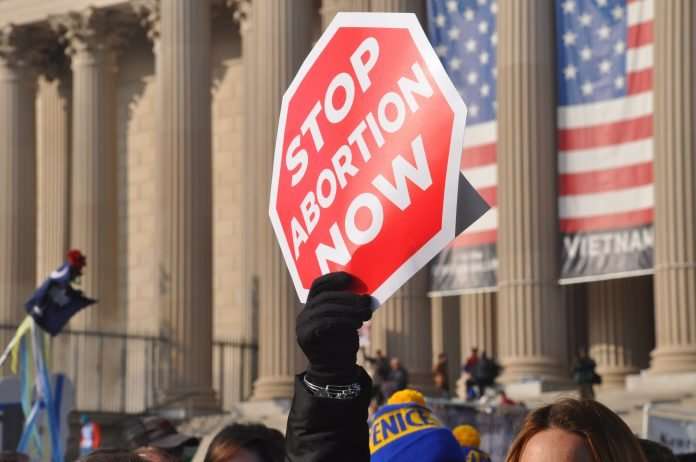 In Part 1 of this two-part series, we will explore where America stands as a nation on the abortion debate and lay the scriptural groundwork for the Biblical Christian position, that life begins at conception. The second part of the series will focus on the question of how we respond to those who have a radically different opinion.

The rights of the unborn has been one of the most divisive issues in America for the past 50 years. According to Pew Research, major religious groups currently take the following stand on Abortion:

In two separate studies, Pew Research reports that 87% of both atheists and agnostics support legal abortion in this country.

The Magnitude of the Issue

In 2020, the number of abortions totaled 73 million worldwide. To put this into perspective, COVID deaths were 1.8 million over the same period. In the U.S., there were 862,000 abortions performed in 2017. From 1973, when abortions were legalized, through 2017, approximately 62.5 million abortions have taken place in America.

When one types into a Google Search the word, “Abortion”, the first result, after the definition, is Planned Parenthood (PP). According to the Heritage Foundation, they performed approximately 346,000 abortions during their 2017-18 fiscal year. Over the same period, Planned Parenthood received $617m of government funding, plus an equal amount from private sources. Though they offer other women’s healthcare programs, approximately 95% of their work involves “pregnancy resolutions services”. For every adoption referral, PP performed 81 abortions during the 2018-19 fiscal year. For the Biblical Christian, this reality (plus the selling of baby parts) represents more of a “Planned Genocide” than “Planned Parenthood” by this taxpayer-funded organization.

As one draws farther and farther away from a supreme lawgiver (God) and relies more on human conditional morality, the easier termination of God’s creation in the womb becomes. As one example, which could be applied to many of the main-line religions in America noted above, the Presbyterian USA General Assembly, in 1965 stated,

“The fetus is a human life to be protected by the criminal law from the moment when the ovum is fertilized…As Christians, we believe that this should not be an individual decision on the part of the physician and couple. Their decision should be limited and restrained by the larger society.”

In a letter to its members in 2019, the Office of the General Assembly of the Presbyterian USA concluded their letter to members on the subject of abortion by stating,

“As this matter grows in prominence in the news and possibly within our church communities, may we all be mindful of both the integrity of women and physicians who are at the center of the controversy, and may we be more responsible in nurturing the life that is already among us.”

As stated even more clearly by the Presbyterian USA General Assembly,

“PCUSA’s sexuality curriculum teaches that, “…it can be an act of faithfulness before God to intervene in the natural process of pregnancy and terminate it.”

What Does the Bible Say

Scripture is very clear on this subject, which is why Biblical Christians take the stand they do. Verses such as Jeremiah1:5, Job 10:11, Isaiah 44:24, and Luke 1:41 make it clear that God sees and acknowledges humanity within the womb.

Approximately half of all Americans believe that abortion is wrong. Yet, since Roe vs. Wade became established law in 1973, over 62 million lives have been lost. Jesus taught life is precious from the moment it begins within the womb, and throughout a God-ordained span on earth. As Biblical Christians, our view should be the same.

Our Debt of Love

Free Will in Heaven ?