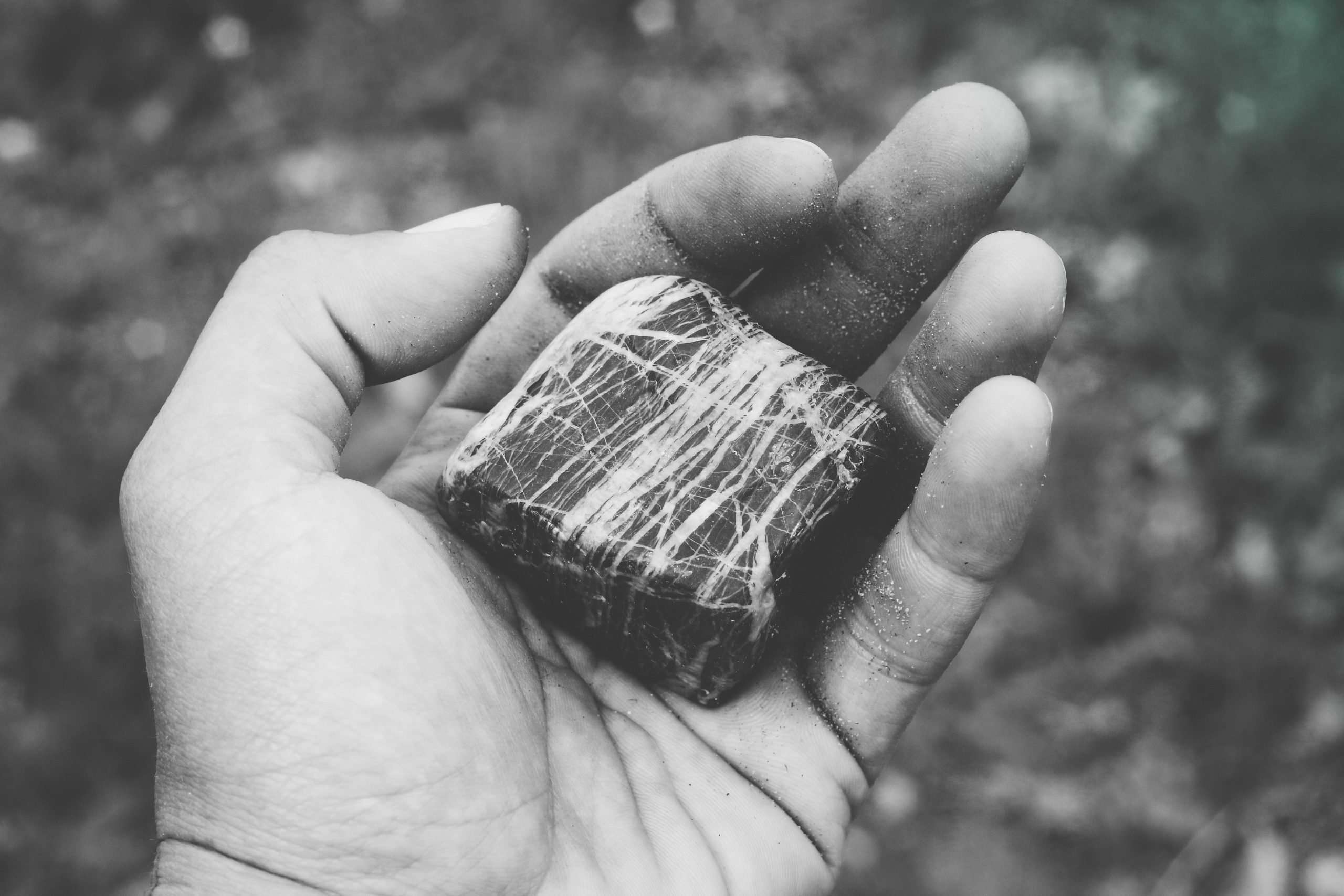 “It was the Summer of 1964. I was part of a Bible study group while in college. At the urging of some of the boys in the group we went on an overnight camping trip in the woods surrounding the lake just east of town. Hesitantly, us girls agreed to go. It was either to show that we were up for it or mostly because we sort of followed the boys around with whatever they did.

The evening was cool and there was a full moon. We cooked hobo dinners in the hot coals of the fire. We talked amongst ourselves and sometimes shared stories with everyone. It’s funny how people open up when it’s dark. It’s like, if they can’t see you then it’s safe to share personal things. We sang a few songs as well. It was a perfect evening. Much more than I expected when the suggestion of a campout was first proposed.

As the evening wore on, one by one, we all turned in to our tents. You could hear some more mumbling in the tents but soon all was quiet. Two of the boys stayed up and talked by the fire. I don’t know if they were just night owls, waiting for the fire to burn down or watching over us all in the tents. The flickering from the fire cast dancing shadows against the tent walls. In a few minutes I was asleep.

I remember waking up the next morning to the cold. I hated to get out of my warm sleeping bag but nature was calling. I could hear and smell that someone had put a pot of coffee on the gas stove.

Once out I was greeted by my best friend at the stove who asked if I was interested in a cup of coffee. I believe I said something to the effect of do fish swim. I rustled around to find my coffee cup and held it out to her. As my normal routine, I took my Bible and notebook with me as I walked into the woods. After taking care of my morning needs, combing my hair and washing my face with bottled water and a bandanna, I found a log and sat down to read, pray and drink my coffee, but not in that order mind you.

As I was just finishing up and gathering my things to get back to camp, before they sent out a search party for me, James stumbled upon my sanctum in the woods. He apologized for interrupting and started to turn away. I said I was just getting ready to go back to camp and offered him my log to sit on. He didn’t move toward it and for some reason I just stayed seated. He commented about how the others were still sleeping yet I was up, had my morning devotions and are ready for the day. I will never forget the next words out of his mouth. It was as if it were yesterday. He said in an offhanded tone “you will make someone a good wife.”

Not knowing if he was joking or just poking me for a reaction but for some reason words flooded into my mind and I let them come out. I said, I will not make a good wife. I will be the excellent wife who is a crown of her husband spoken of in Proverbs 12. I know that because I will be relying on God to make me the Proverbs 31 woman. He said “I have no doubt you will.” I didn’t know what else to say so I got up and said the log is now yours, I warmed it up for you. He quipped that that was not mentioned in Proverbs. Saying that was extra and walked back to camp.

Thinking on the way back that I probably came across a bit defensive to his comment and made a mental note to apologize. I was about to turn back to do just that when my friend called out to me. She had moved on from making coffee to cooking up some eggs and sausage. She was such a good cook and between the cool of the morning and the smell of the sausage in the air I was lured into her direction. Others were up or in the process of getting up. Those that were up were either standing or sitting around last night’s campfire that one of the boys had nursed back into life.

For the most part, breakfast was done and we were discussing going for a leisurely hike. Wanting to do so before we packed up and headed back home. James had come back while we were eating breakfast. Being the leader of the group he suggested we do a joint morning devotional. He promised to keep it short. It’s one of those things you can’t really say no to and no one was really in a hurry so we all agreed.

He opened his Bible and read the parable in Matthew about the merchant that when he found a pearl of great value, he went and sold all that he had and bought it. He related about how the pearl in the parable was Jesus and that He was worth all we have and we are. Then he said a strange thing. He said that this morning he had found a pearl of great value. Unlike the merchant who was searching for pearls he had just stumbled onto one this morning. He then turned to me and asked if he could share our conversation from this morning.

I was caught off guard and wasn’t really sure what he was talking about. Before I could answer he shared how he had said I would make a good wife and how I had responded about being an excellent wife. I was a bit embarrassed by this being said in front of the group and was getting ready to speak up and say that I was just quoting scripture and that I was sure all of us girls in the group will be excellent wives. Before I could get the first word out James continued without missing a beat that while he was not actively looking for pearls, he was smart enough to recognize one when he saw it. The whole group got very silent.

All you could hear was the crackling of the embers in the fire. Some were shaking their heads as if agreeing with his devotional or at least pondering it. I was frantically thinking of something to say but words continued to elude me.

My mind was absolutely blank. Then he called my name, first and last. “Mary Shotwell.” It sounded like he yelled it but really it was very quietly said. “I believe you indeed will be that excellent wife and pearl of great value.” And after even a longer pause, that no one was willing to interrupt, he went on to say “would you be my pearl of great value, my most excellent wife?” Shocked, I think my mouth was hanging open. Everyone was looking at me just waiting for me to respond.

You know how people say their whole life passes in front of them just before they die. Well, all my encounters with James since we first met seemed to flash before me. They were all positive. I had this vision of all the boys I had ever known were standing in front of me and but their faces were blurred. It was only James’ face  that I could see very clearly and I could see him as the husband and father that I would want to have.

Funny that all the ways I had imagined being asked to marry flashed before me as well and while this was the least romantic sounding, to me, at the time, was the most meaningful. I answered, yes I will, I really will.

There was an awkward pause. I think the others were wondering if this was really happening. We were on opposite sides of the fire. Someone from the group spoke up and said kiss her quick before she changes her mind. Well he did. He came right over to me, took my hand to help me stand up, put his arms around me and kissed me. My friend spoke up and said “where is the ring? No ring, no wife.”

He looked me in the eye and with a little twinkle looked down and picked up a small stone, took my hand, turned it palm up, placed the stone in it and curled my fingers around it and said to everyone to “never say I didn’t put a rock on my wife’s hand when I proposed.” What really struck me was that he called me his wife rather than fiancé. I felt like I was already married, and I liked it. I knew at that moment I had made the right choice.

“Grandma,” little Eloise said, “did that rock look like your necklace with the pink stone?” This pink stone is indeed the very stone your grandfather gave me that morning in the woods. I will tell you that it means more to me that the diamond he gave me that same week after we came back. This pink stone is all clean and smooth now as I have always held it whenever I worried about Grandfather when he was away or was going through some tough times. “Like now Grandma,” Eloise asked? Like now is right. It’s actually called rose quartz. There was a lot of it in those woods. “Rose is my mother’s name,” Eloise excitedly said. That’s right, your mother was named after that stone. I don’t know what we would have done if you had been a boy. “Eww,” Eloise exclaimed.

“Tell us more,” the three other grandchildren said all at the same time. Another time, we need to be going or we will be late for your grandfather’s own funeral and I don’t want to miss it. “Grammy,” one of the children said, “will you be holding onto that rock now?” Yes, I guess I will.”