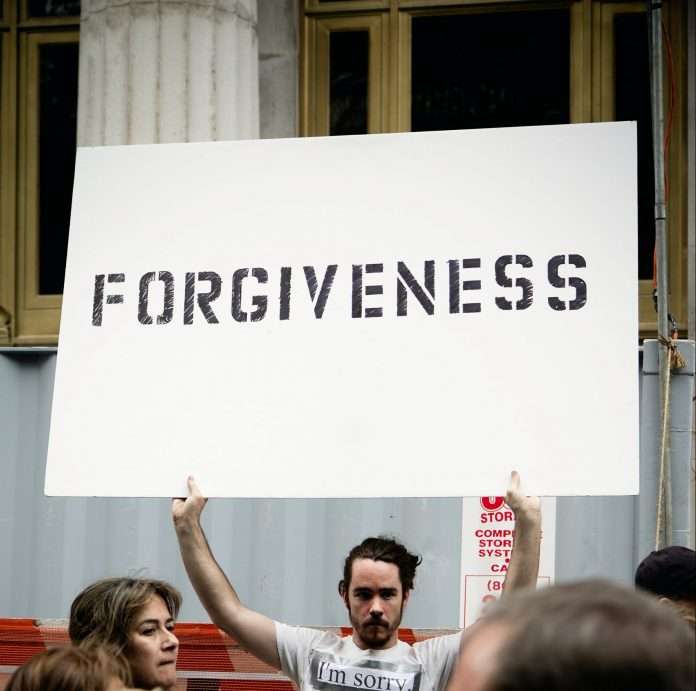 Our focus verse on forgiveness for today comes from Matthew 18:15, 21-22, “’Moreover if your brother sins against you, go and tell him his fault between you and him alone. if he hears you, you have gained your brother.’ then Peter came to Him and said, ‘Lord, how often shall my brother sin against me, and i forgive him? up to seven times?’ Jesus said to him, ‘I do not say to you, up to seven times, but up to seventy times seven.’” … Seek to Forgive…

In this exchange that Peter had with Jesus, I wonder what Jesus would have said if Peter had asked Him about forgiving up to eight times. Would Jesus have said to forgive up to eighty times eight? What about nine? Would He have stretched it out to ninety times nine? I think we all can agree that the number Jesus used is not the real point of His response. He is teaching something bigger than allowing for a certain number of times that we should forgive. He is teaching us what He meant when He said, “Thy will be done on earth as it is in heaven.”

For when we sin, we sin against our brother, Jesus Christ. and in His great love for us, He graciously convicts us through His Holy Spirit of the wrong that we have done. He pursues us at the point where we stray and desperately tries to restore us back to the fellowship that we had with Him. He doesn’t just do it the first seven times that we fail. He doesn’t even limit it to seven times a day. He didn’t endure the beatings, mockings and crown of thorns, only to say then that He’d had enough. No, He took it all the way to the cross. He forgave until it killed Him. That’s how the kingdom of heaven works.

That’s the family that we have been reborn into. So, when there is forgiveness that needs to come from you, go and gain that brother. Go to them and show them what the kingdom of God looks like. Show them that there is an endless supply of forgiveness that flows from our Savior. Show them the power of the cross.

As we seek Him today, be sure to seek out anyone who needs your forgiveness, knowing that you need to forgive as much as they need to be forgiven. Thank God that we don’t have to carry around the weight of the offences that we endure. Ask God for His will to be done on earth in our lives, as it is in heaven.