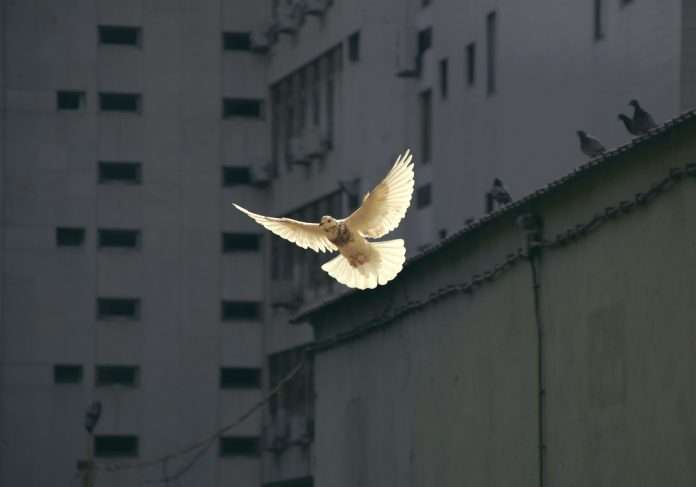 Our verse for today comes from John 20:19, “On the evening of that first day of the week, when the disciples were together, with the doors locked for fear of the Jewish leaders, Jesus came and stood among them and said, ‘Peace be with you.’”

I happened to be reading this verse last Sunday night, and I couldn’t help but think about how differently my evening on the first day of the week was going as compared to that of the disciples those many years ago. I sat comfortably in my home, with my family around, having just come back from a week at the beach. No doors were locked and there was nothing to be afraid of. The only point of anxiety was the thought of what lay ahead for me the next day as I returned to work after being gone the prior week.

The disciples, however, were in the midst of the most outrageous, tumultuous day they had ever experienced, which is saying a lot considering they had lived with Jesus for three years. But now, there were stories of their dead Lord being alive – their women friends said they saw and spoke to Him. Angels were supposedly involved and an earthquake had occurred. But the chief priests and elders, when they heard from the tomb guards what had happened, schemed to pay the guards to lie and say that the disciples had stolen the body. And now, these men of Jesus huddled together behind a locked door with no idea what to do next.

And then Jesus appeared. And if the disciples were shocked by it, we certainly are not. We know He can pass through walls and defy all sorts of laws of nature. He’s God, so it would be more surprising if He couldn’t. But Jesus is also supposed to show up in the midst of our fears. And that is no less miraculous nor impactful. Ever since the garden, people have lived with fear and tried to manage it or cover it up or avoid it.

We deny it, or worse yet, we accept it. But can’t Jesus come into your situation and give you peace? The parent who fears for their child. The student who fears doing poorly or being ridiculed. The mate who fears the condemnation of their spouse. So many times Jesus told us to fear not and instead receive His peace. Is that exchange beckoning you today? If so, don’t be afraid to take it.

As we seek Him today, ask Jesus to lift that weight of fear off of you and shower you with His peace as you place your full trust in Him.