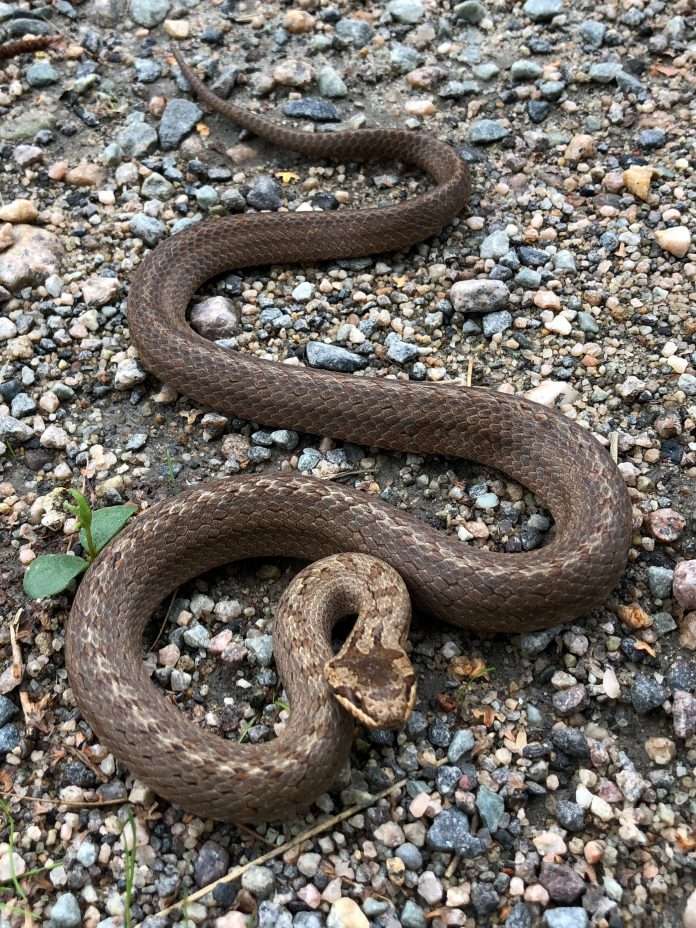 Our verse for today comes from Numbers 21:8, ” Then the Lord said to Moses, ‘Make a fiery serpent, and set it on a pole, and it shall be that everyone who is bitten, when he looks at it, shall live.’ “

I’m not a big fan of snakes. When I was in high school and college, I used to spend a lot of time at my buddy’s house, and his younger brother had a bedroom full of animals, and most of them were snakes. Even though they were not venomous and were safely kept in glass cases, I didn’t feel the need to spend a lot of time in there with them. He, on the other hand, volunteered and eventually worked at the museum downtown, handling those creatures willingly every day, as if sharing his bedroom with them wasn’t enough. I don’t think it’s coincidental that in this passage in Numbers, God sent serpents to judge the Israelites as they complained in the desert. You see, I don’t think God is a big fan of complaining. And as His people turned on Him and Moses like snakes, God saw fit to send them some of their own medicine. As they whined and griped about what they didn’t have or how bad the things were that they did have, God decided to put some of them out of their misery.

But apparently that wasn’t the remedy they were hoping for, and so they came to Moses again, but this time with a different attitude. Sorry for their sin, they asked Moses to pray for God to take away the serpents. So God told Moses to make a bronze serpent and hold it up on a pole, and whoever was bitten could look up at the snake and be healed. Interestingly, there is no mention as to what happened to the snakes. Maybe they left, maybe they didn’t. Perhaps they remained as reminders of their spiteful hearts. Perhaps they still bit to send the needy to come and call on God’s healing. But one thing is certain, and that is that God had made His point. There was no room in His family for those who complain and spread bitterness. And that remains true today. The eyes that focus on what is not, or on what is not as they would have it, are not looking up at Him. And that stings like the bite of a snake. And it kills like that, too. It kills what God would be doing. And more, it kills what He would be doing in you. Let that be warning enough. And let the complaints be all that die today.

As we seek Him today, confess to God if your eyes have been somewhere other than on Him. Commit to thankfulness and humility rather than complaining and judging. Commit to building up instead of tearing down.