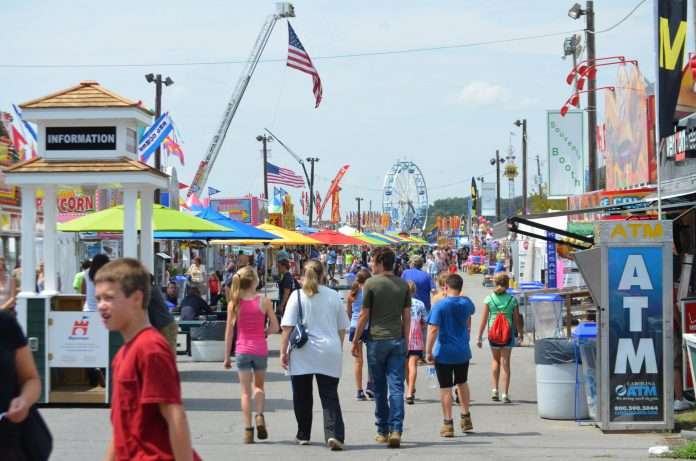 Our verse for today comes from John 15:25, “But the word that is written in their Law must be fulfilled: ‘They hated Me without a cause.’”

At the NC State Fair, there is a particular restaurant that plays a recording advertising the various foods that they serve. In a deep, southern drawl, the man’s voice coming through the speakers entices the listeners with a litany of traditional homemade foods. Each year, the recording remains largely unchanged, with only a few items added over the past several years. Those passing by get to hear something about delicious desserts and wonderful homemade biscuits, while those sitting or waiting outside are treated to the full recording that repeats every few minutes. And at the end of the recording, just before it begins another loop of the same commercial, the announcer says this: “Come on in, it’s for a good cause…’cause you’re hungry.”

When we want to do something, or look back at something we have done, we can be quite adept at providing a list of reasons as to our decision. Words of explanation that would seem baffling and self-serving coming from the lips of another can sound so right and justified when we utter them. There is something about us that enables us to justify and rationalize against our own better judgment, and even that of those who have a less biased perspective. And it’s true in the smallest of acts and the grandest of decisions.

We’ll defend a response or reaction that may have been hurtful or spiteful to another as quickly as we’ll dismiss an extra serving of dessert. Even today I know of extended family members who are ignoring significant facts in making a huge decision for their future. And I can look back over the holidays and see where my thoughts and actions made sense to only me. Remember when God destroyed all but Noah and his family? He said that the intentions of the thoughts of man’s heart was only evil continually. And that nature still burns within us, even as Christ has redeemed us. But we have been saved to confess it, not justify it. And it’s for a good cause…’cause you’re His child.

As we seek Him today, no longer explain away your sin and poor decisions. Confess them to God, and let His cause be your reason and reasoning.

Share
Facebook
Twitter
Pinterest
WhatsApp
Previous article
Friday, November 18, 2022
Next article
Atheism postulates that man has sufficient knowledge to categorically state that there is no God. What world religion has more faith than that?
RELATED ARTICLES
Devotion