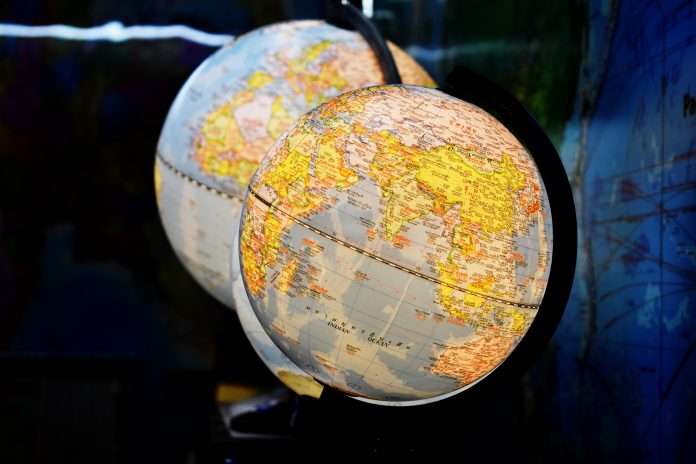 Our verse for today comes from John 18:12, “Then the detachment of troops and the captain and the officers of the Jews arrested Jesus and bound Him.”

A juxtaposition is the instance of two things placed close together with contrasting effect. You might consider the everyday staples of salt and pepper or oil and vinegar as basic examples. Generally, though, when items are juxtaposed with another, the desired response is much more notable than what one gets from seeing salt and pepper on the table together. Humorous versions would show a street sign for Electric Avenue mounted on the same pole showing No Outlet for the dead end road, or the billboard drawing attention to diabetes or heart disease or high blood pressure placed next to the billboard advertising a fast food restaurant. An article in a health magazine was reporting on Anatidaephobia, which is the fear of being watched by a duck, and alongside the article was an advertisement by their sponsor Aflac. But less humorous is the image of Jesus being bound and led away from the Garden of Gethsemane. I need not attempt to describe the immeasurable power that Jesus had, even as He yielded to the ropes or chains that the officers used to constrain Him.

But let us fast forward to today, where you may be bound in ways that should be very foreign to a redeemed child of God. The pitiful habit or destructive choice that keeps you from being all you were delivered to be is as the meager ties that the officers thought were keeping Jesus from going free. But Jesus alone kept His hands by His side. No outside force had power or authority over Him or His decisions. His was a will completely surrendered to His Father, just as He taught in what we call the Lord’s prayer. And you need not live any differently than your Savior did. He did not set you free only part way. He said you would be free indeed. But it’s going to cost you more than it has. It cost Jesus His life, and yours must be sacrificed as well. But when you lay it down, the chains come off, and the contrast is as real as death and life.

As we seek Him today, stop living with your feet in two worlds. Eliminate the unnatural juxtaposition that keeps you from complete peace, and wholeheartedly follow the Son.