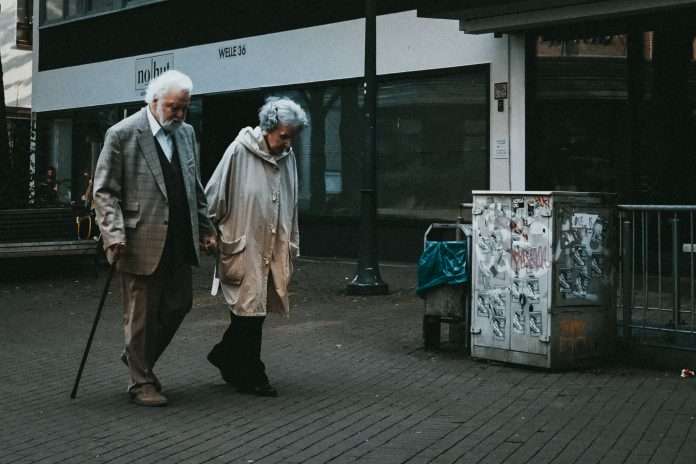 Our verse for today comes from Acts 14:8, “Now at Lystra there was a man sitting who could not use his feet.  He was crippled from birth and had never walked.”

When I went to China several years ago on a mission trip, our group went to see a Buddhist temple.  Among the many oddities there was this simple piece of wood that every person encountered who entered the temple.  Rather than the entryway going completely to the floor, the threshold was this ten or twelve-inch high barrier that you must step over to get inside.  Evidently, this piece of interference was designed to keep out the evil spirits which might desire to enter the temple, who apparently were able to bewitch Buddhist followers but were incapable of overcoming a foot-tall obstruction.

Oddly enough, the waning tradition of grooms carrying their brides over the threshold had, at least in part, its beginning in the superstition of evil spirits entering the bride through their feet at the threshold, so the groom would carry their newlywed into the room to thwart any attempt at vexation.  Far less mystical was the threshold I encountered this weekend.  My dad called me to say that he had slipped out of his wheelchair as he was trying to transition to using his walker on the porch, and ended up sitting in the doorway.  As his legs have lost practically all of their strength, he was unable to get up with the limited help of his frail wife and needed my assistance to get off the floor.

And as I drove to their house, I wondered what his thoughts were as he sat there, alert and aware, but having become feeble and helpless to go from sitting to standing.  How does one process the rather quick erosion of one’s body, especially when one’s mind is intact, fully aware of what is happening?  If he thought of this verse in Acts and remembered how Paul healed the lame man instantly, would he become crestfallen and be overwhelmed by memories of healthy strides and games of tackle football with his kids in the yard?

But would he also look forward to the new body that awaited his arrival in heaven, and find solace in the present use of his eyes and ears and the ability to contemplate and fellowship with his Savior?  Unfortunately, there are probably more times ahead of being stuck on the floor.  But they will not outnumber the times spent in worship and reverence, nor the innumerable days awaiting him of walking in glory.

As we seek Him today, let every step across your threshold take you closer to Jesus, and let it remind you of His goodness now and His glory forever.

The Pain Is Worth It