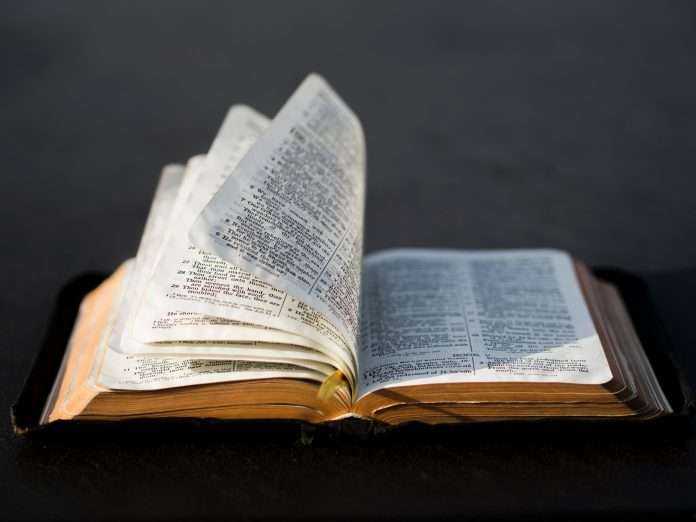 Many people believe that the Bible is a wonderful book of wisdom for life’s challenges. Further, most Christians accept much, if not all, the theology presented in Scripture. However, often one hears…

“The Bible might be a source for the correction and teaching of righteousness, but it never claims perfection, especially in the areas of science and history.”

To this second point, I would offer the following thought. If one believes that man wrote the Bible and its theology was “inspired” by God, then one can pick and choose what was man’s input and what was God’s contribution. Some use this approach to reject verses that would seem to consider homosexuality and abortion as sins, since they run counter to the majority of Americans’ current moral climate. Others say only Jesus’ words (in red) can be trusted as God’s authorship. Still others challenge the underlying assumptions used to establish which books were considered canonical, and again challenge the authenticity of those with verses that run counter to their views. Finally, some see many of the commands in both the Old and New Testaments as being either illustrations rather than actual events, and/or cultural laws that no longer apply to today.

Each of these reasons for rejecting Scripture are valid when one believes man wrote the Bible, with “parts” inspired by God.

However, if one believes that God wrote every word of Scripture, then it would seem logical that it would be perfect or inerrant in its original autographs. In this case, we are forced to reconcile verses that seem, to our limited minds, contradictory. We have to have faith that the teachings we don’t agree with come from an omnipotent, omnipresent, omniscient God who created the universe, and we may not understand everything on this side of Heaven. This is what I believe. When God speaks about science or history or whatever He chooses to offer in His Word, I accept it on faith to be true.

We can all argue about what God uses as an illustration and what He uses as a real story, and still believe it all to be “true”. I personally believe, for example, that God created the universe in 6 literal days. Of less dramatic impact, I also believe the story of Jonah inside a fish for three days really happened. I always trend toward “real” rather than “illustration” as my starting point. However, my systematic Biblical Christian theology does not rise or fall on these beliefs.

1 Corinthians 13:12 Now we see but a poor reflection as in a mirror; then we shall see face to face. Now I know in part; then I shall know fully, even as I am fully known.

The Christian experience emanates from a position of faith. There are many Christian theologians who offer proof of God and the accuracy of the Bible. I was saved partly through apologetics in my mid-thirty’s.

In the end, it is an acceptance of what we don’t understand and a desire to have a relationship with Christ that drives Christians to our faith.

Luke 16:31 “He said to him, ‘If they do not listen to Moses and the Prophets, they will not be convinced even if someone rises from the dead.’ ”

5 ASTOUNDING Things the BIBLE Has Taught Me.

Lawless Part 3 – Reconciling Our World to The Prophesies Of Scripture