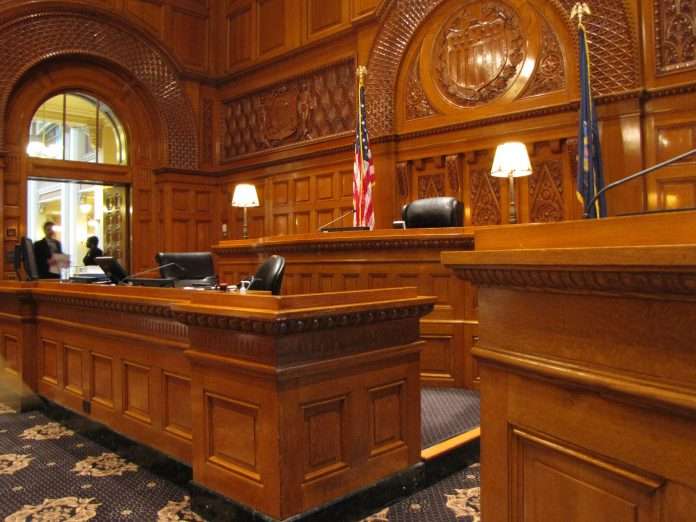 Our verse for today comes from John 19:4, “Pilate then went out again, and said to them, ‘Behold, I am bringing Him out to you, that you may know that I find no fault in Him.’”

In your invisible satchel of supplies and gadgets that hangs down by your hip, you carry with you a judge’s robe and gavel. In fact, it looks much like the one that I and everyone else carry. And when the occasion presents itself, out they come as we declare our verdict on the situation at hand. We require no pre-warning and we certainly are not held captive to relevant facts or pertinent information. Once we hear or see what we heard or saw, that invisible robe somehow enables us to wield our gavel with precision and assurance. Pontus Pilate, whom some see as the fall guy for the nefarious treatment inflicted on Jesus, had the official position as prefect of Judaea, and as such was empowered by Rome to cast judgment on his subjects. After questioning Jesus, Pilate determined that He had done nothing worthy to be called a crime. Nevertheless, Pilate has Him beaten and mocked before he attempts to set Him free. But the irony is not lost on us as the weaselly Pilate declares the Son of God free of guilt. In today’s culture, that looks a little different.

One way it is manifested occurs every Sunday morning in probably every church on the planet. People will sit in a pew or chair, and when the morning is done, they will slip on their robe and give Jesus a pass, finding no fault in Him. But they won’t yield or submit to His demands. They don’t mind giving Him some time and respect, but they’re not making any changes or admitting any shortcomings. They don’t have a real problem with God being God and the fact that Jesus came and died, it just doesn’t carry enough weight to make it out of the courtroom and into the living room. Routines and conveniences and pleasures are routines and conveniences and pleasures for a reason. A weekly talk and words from 2,000 years ago are fine, but they have no power over the invisible satchel. Truly there is no fault in Him. May the same be said of every judge in every pew and chair.

As we seek Him today, take a look at the courtroom scene, and make sure you have the players in the correct positions.