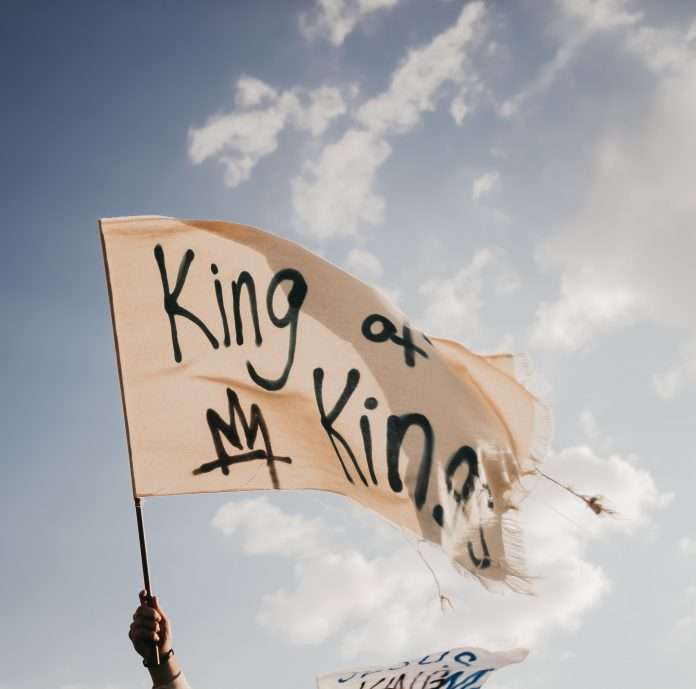 Our verse for today comes from Acts 1:11, “They said, ‘Men of Galilee, why do you stand looking into heaven? This Jesus, who was taken up from you into heaven, will come in the same way as you saw Him go into heaven.’”

The list of things about which I am not an expert is a mile long. And at or near the top of that list is the subject of the end times, or eschatology. But I do know that when Jesus appears at His second coming, the end has begun. Until then, we live in this time of waiting for our Lord to return from whence He ascended. Back at the time of His ascension, two angels told the disciples that He would come again in the same way they saw Him go up. So, what is the same way? Matthew tells us as the lightning comes from the east and shines as far as the west, so is the coming of the Son of Man. He also says all will see Him coming with power and great glory, sending out His angels with a loud trumpet call.

Peter wrote that the heavens will pass away with a roar and the heavenly bodies will be burned up and dissolved. Paul writes that the Lord will descend with a cry of command, with the voice of an archangel and the sound of the trumpet of God. And John wrote in Revelation that every eye will see Him, even those who pierced Him. But none of these descriptions fit the occasion of when Jesus returned to His Father.

But several times we are told that Jesus will return on the clouds of heaven. And this image does match what our minds imagine it looked like when Jesus left the earth. Beyond that, it’s hard to say where the similarities are. But the important thing to note is that He is returning, and He is coming to collect those who belong to Him. And although He is and has been away, He desires and expects those who intend to go with Him to be spending time growing closer to Him. He is not coming back to take home a bunch of strangers and casual acquaintances. He is coming for His beloved family, those closest to Him. So, even though we know very little about what He’s doing now or how and when He’ll return, we should be quite clear on what, or should I say Who, we should be about.

As we seek Him today, make time to make a difference in your relationship with the One who will return.