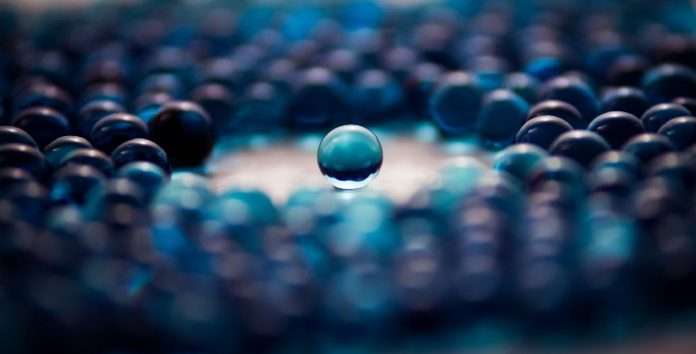 How love changes the world…

Part of Martin Luther King Jr’s famous speech has been on my mind recently, where he said:

“I have a dream that my four little children will one day live in a nation where they will not be judged by the color of their skin but by the content of their character.”

It seems to me that the only way to realise this dream is for every human being to be treated as an individual. How can anyone be judged by the content of their character unless it is as an individual, irrespective of which “group” they might be associated with? Whichever side of a world view or opinion we might be on,as soon as we see another person simply in terms of which group they belong to, then we cease to treat them as individuals, we dehumanise them, and we work against the realisation of Dr King’s dream.

The problem is that our human nature makes us all susceptible to treating people this way. As one psychology professor once told me, “We are all cognitive misers”, meaning that we tend to take mental shortcuts when performing tasks or dealing with people. It is much easier to make all kinds of assumptions about a person by fitting them into a group, than taking the time and energy to get to know them as an individual with hopes and fears; hurts and pains; joys and sorrows; strengths and weaknesses; rights and wrongs.

The love of Christ, as in all things, is the only solution to this problem. Jesus loved people and treated people as individuals; he was prepared to break all kinds of social norms in the process; and he taught that we should do the same. Consider the woman at the well; this Samaritan woman was surprised that Jesus talked to her, because in that culture Jews did not associate with Samaritans; let alone a Samaritan woman. Jesus related to her as an individual and not on the basis of her ethnicity. In his parable of the lost sheep Jesus talked about leaving the ninety-nine sheep who were safe to seek the one that was lost. And in the parable of the good Samaritan Jesus taught us to love our neighbour (singular), even if he or she belongs to a different “group”.

In a world increasingly concerned with quantity rather than quality, Jesus’ focus on the individual is an important lesson for us. How are we to judge success in a culture where the number of views, claps or likes can affect how we feel, not only about our memories, but about our very selves? Loving the one; doing good to the one; investing in the one, is a great achievement, if we understand that each individual is precious and unique, made as they are in the image of God.

Let your view of success be defined by this — love changes the world one person at a time.

In 1921, a missionary couple named David and Svea Flood went from Sweden to take the gospel to a remote area of the Belgian Congo in Africa. This was a huge step of faith. At the village of N’dolera, the chief would not let them enter his town for fear of alienating the local gods. So they built their own mud hut half a mile away.

Their only contact with the villagers was a young boy, who was allowed to sell them chickens and eggs twice a week. Svea Flood decided that if this was the only African she could talk to, she would try to lead the boy to Jesus, which in fact, she did. But there were no other encouragements.

Svea became pregnant and gave birth to a little girl called Aina, but seventeen days later Svea died. Inside David Flood, something snapped. He buried his twenty-seven-year-old wife, and gave his new-born daughter to other missionaries snarling, “I’m going back to Sweden. I’ve lost my wife, and I obviously can’t take care of this baby. God has ruined my life.” With that, he left, rejecting not only his calling, but God himself.

At the age of three the baby, now named Aggie, was brought to America, and many years later, when Aggie had a family of her own, a Swedish religious magazine appeared in her mailbox. She couldn’t read the words, but as she turned the pages a photo stopped her cold. There was a picture of a grave with a white cross, and on the cross were the words SVEA FLOOD.

Aggie jumped in her car and went straight to someone she knew could translate the article. They summarized the story: It was about missionaries who had come to N’dolera long ago…the birth of a baby…the death of the young mother…the one little African boy who had been led to Christ…and how, after the missionaries had all left, the boy had grown up and finally persuaded the chief to let him build a school in the village. The article said that gradually he won all his students to Christ…the children led their parents to Christ…even the chief had become a Christian. Today there were six hundred Christian believers in that one village…all because of the sacrifice of David and Svea Flood.

Sometime later Aggie went to Sweden and found her real father. An old man now, David Flood had recently suffered a stroke. Still bitter, he had one rule: “Never mention the name of God, because God took everything from me.”

Aggie walked into her father’s squalid apartment, with liquor bottles everywhere, and approached the seventy-three-year-old man lying in a rumpled bed.

He turned and began to cry. “Aina,” he said, “I never meant to give you away.”

“It’s all right Papa,” she replied, taking him gently in her arms. “God took care of me.”

“God forgot all of us. Our lives have been like this because of Him.” He turned his face back to the wall.

Aggie stroked his face and then continued, undaunted.

“Papa, I’ve got a little story to tell you, and it’s a true one. You didn’t go to Africa in vain. Mama didn’t die in vain. The little boy you won to the Lord grew up to win that whole village to Jesus Christ. The one seed you planted just kept growing and growing. Today there are six hundred African people serving the Lord because you were faithful to the call of God in your life…

“Papa, Jesus loves you. He has never hated you.”

The old man turned back to look into his daughter’s eyes. He began to talk, and by the end of the afternoon, he had come back to the God he had resented for so many decades. Only a few weeks later, David Flood died.

Some years later, Aggie attended a high-level evangelism conference in London, where the superintendent of the national church of Zaire (the former Belgian Congo), representing some 110,000 baptised believers, spoke eloquently of the gospel’s spread in his nation. Aggie could not help going to ask him afterward if he had ever heard of David and Svea Flood.

“Yes, madam,” the man replied, “It was Svea Flood who led me to Jesus Christ. I was the boy who brought food to your parents before you were born. In fact, to this day your mother’s grave and her memory are honoured by all of us.”

In time Aggie and her husband visited N’dolera. They were welcomed by cheering throngs of villagers. The pastor escorted Aggie to see her mother’s white cross for herself. Later that day, in the church, the pastor read from John 12:24:

“I tell you the truth, unless a kernel of wheat falls to the ground and dies, it remains only a single seed. But if it dies, it produces many seeds.”

“Those who sow with tears will reap with songs of joy.”

(Adapted from “Aggie: The Inspiring Story of A Girl Without A Country” by Aggie Hurst, Gospel Publishing House, 1986)

We are not all called to go to foreign lands to tell others of the love of Jesus, but we can all seek to love the one in front of us, at the side of us; the one we talk with, work with, debate with, worship with, socialise with, communicate on social media with… Love will always involve sacrifice; seeking the good of the one can even cost us dearly. But if we follow Jesus, and his purpose for our lives, we can know that in loving the one, we are doing what he would do, and it may please him to turn the one into one hundred… one thousand… Over the last two thousand years he has been turning twelve into billions.