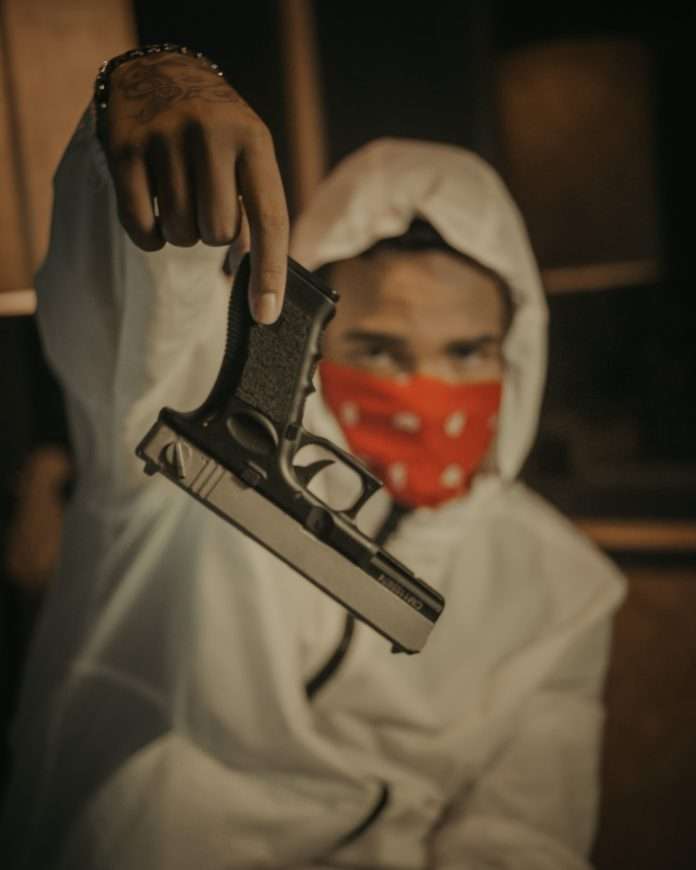 There is a constant flow of media rhetoric on gun violence in America. It happens every time a mass shooting occurs, which sadly elicits more mass shootings. The reality is that gun violence is not accurately represented in media reporting. Every day over 300 Americans are shot and 124 die in gun related assaults, many of which are gang related.

Liberal extremists quickly call for a repeal of the second amendment, while Conservative extremists are intransient toward any gun law reform. As is typical of the rare times our government moves on any legislation these days, a watered-down set of federal laws that will do little to impact gun violence in this country, (Red Flag and extended background checks}, is likely to pass in the coming weeks. To make that point, “If all mental illnesses in the US were to be cured overnight, violent crime in the country [which includes gun violence] would fall by only 4%”

There is much that is ignored by the media and, therefore, often left out of public discourse as we all stand in our various tribal corners shouting at each other from across the room.

From that perspective, I would offer four points to consider.

Most people believe that guns are owned by Conservative Republicans and Liberal Democrats want to take them away. As of 2020, “Recent surveys find that about 40% of adult Americans own a gun or live with someone who does.” That includes “61% of Republicans, AND 31% of Democrats AND 39% of Independents”.

To press the point, if every gun owner voted Republican, there would no longer be a Democratic party in this country.

Get Rid of Legal Guns

The removal of legally purchased guns is a great liberal media talking point. It fits well into the story line from some of the terrible mass shootings that capture the attention of a morbid society. However, “The vast majority of crime that is gun-related is committed by people who illegally possess that firearm.” Even in the case of mass shootings,” nearly 30% were perpetrated using illegal guns”. Removing guns from those who own them legally would have little impact on gun violence in America.

And to all the legal gun owners who think they are safer because they carry, there are very few instances where that bulge behind your jacket or that bag you carry everywhere, or that bedside and glove compartment “peacekeeper” does anything more than weigh you down and increase the likelihood you will land in jail for aggravated assault, or worse.

There is absolutely no question that America has a very disproportionate incidence of gun violence compared to other developed nations. Logically, the more guns, the more gun violence. Back in 2017, “Americans owned nearly half (47%) of the estimated 857 million civilian-owned guns worldwide”. That ratio has likely gotten worse for our country.

More to the point however, the liberal media is obsessed with white-on-black, police-on-black, and mass shootings, while largely ignoring both the true underlying source(s) of the epidemic. A google search for “gun violence in America” produces hundreds of articles on individual cases of these types of atrocities.

However, in an unusual article from NBC there was an attempt to document the inordinate level of black-related gun violence taking place in the U.S. Note however, that there was NO MENTION of who is killing predominately young black men (as well as women and children) throughout the piece. Individual gun violence personal interest stories are all over the media, but rarely is anyone candid on the majority of those who is being harmed by this insidious behavior in major cities like Chicago and Philadelphia every weekend.

The media simply ignores the much more prevalent and controversial inner-city minority, and particularly black gun violence. The reality is that the “number of black Americans killed in gun homicide is ten times higher than white Americans”.

Here is the hard data from the CDC (of all governmental agencies keeping track) documenting the very high rates of black victims of gun violence in this country.

What is much more difficult to find are the statistics on who is shooting those guns (I.e., the reality of black-on-black gun violence).

I would challenge anyone to find national statistics being reported from the major media outlets (video or written) over the last five years, documenting the ethnicity breakdown of the PERPETRATORS of gun violence.

Below are the raw FBI statistics from 2019, the most recent hard data available. Note the second line “Murder – Black or African American” where the “Race of victim” and the “Race of offender” meet. Compare that to the other groupings, which makes my point.

There is no question that this high level of black-on-black gun violence is really better termed “inner city minority-on-minority gun violence”. It is a function of where the drugs, the gangs, the poor, and the disenfranchised hang out. It is NOT where the majority of legally purchased guns are being stored.

Further, the middle class and rich have their own methods of grabbing what they want through fraud, extortion, graft, and other forms of deceit. Those lawless acts don’t typically require the barrel of a gun to be effective.

Summary Based on Above

I personally believe that we, as a nation, have no need for so many guns and I believe the gun lobby is doing America grave harm in resisting reasonable laws that would restrict gun purchases. Of course, laws are worthless if they are not enforced, which is also systemic in our country at present.

From a report in January of 2022: “32% of Americans say they personally own a firearm according to the 2021 National Firearms Survey. This means that more than 81.4 million Americans own guns.” Today there are “393 million civilian-owned guns” in this country, the “equivalent of 120 guns per 100 adults”. Further, “45% of American males personally owned a gun.” Frankly, that’s insane.

However, the gun problem in America is not a gun problem, it is a sin problem.

The problem is not the weapon itself but resides in the mind and behavior of those who wield the weapon. Prohibition did not work with alcohol and it will not work with guns. Ironically, it has been the threat of gun control that has been one of the major causes in the explosion in gun purchases.

A future post will weigh in on what the underlying sin problem(s) is(are) in America that has contributed to our disproportionate gun violence, and what a Biblical Christian response would look like.

The intent of this article was to attempt to set the record straight on where gun violence is truly taking place, every hour of every day, making life fearful for those living in the crossfire, which is largely ignored by a liberal woke media.

Thank you to those who responded with thoughts and potential solutions. One comment got me wondering how the U.S. compares with other nations in gun ownership. As reported above, there are 120 guns for every adult in America. The next highest country is the Falkland Islands at 62 guns per 100 adults.