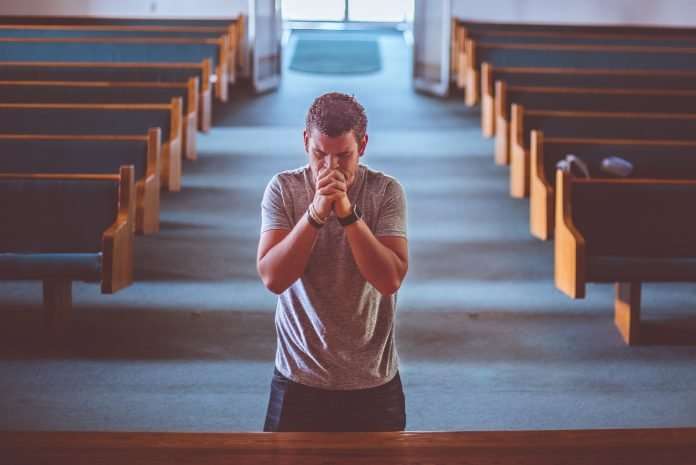 Our verse for today comes from John 2:21, “But He was speaking of the temple of His body.”

There is something called the Global Language Monitor, which supposedly exists to inform you and me of how global trends can impact our lives, livelihood, nation, and world.  According to this, uh, entity, there are just over one million words in the English language.  The Oxford English Dictionary and Merriam-Webster both suggest a total considerably less.  And one might easily see how there could be some room for interpretation in this area.  For instance, “post” has twelve unique entries in Webster.  Now, is that twelve words, or one, or somewhere in between?  With so many words from which to choose, you might think that our language could avoid contronyms.

Contronyms are words that have contradictory meanings, thereby making the context all the more important in determining what is being communicated.  For example, take the word “custom.”  Would that be referring to an ordinary way of doing things, or is it a special made item?  Is “fine” your way of saying it’s ok, or are you referring to your most delicate china?  Was that “strike” referring to someone being hit, or was it when they swung and missed?

Jesus addressed the Jews in the midst of the temple, that beautiful construction for worship.  You might imagine Him spreading out his arms as He boldly claimed to raise up in three days what they mistakenly took to mean the temple that took them forty-six years to build, actually alluding to His hanging on the cross and glorious resurrection.  But what they saw as Jesus pointing to stone walls was actually a picture of God defeating sin through the temple of Jesus.  The sacred building was intended to call God’s people to draw closer to Him, but it was only the beginning.  Jesus came as God’s temple in the flesh.

But after Jesus was gone, there was yet another temple.  Paul tells us that we are the temple of God with the Spirit of God dwelling within us.  We, you and I, fitly joined together, are His physical presence now.  We have been raised up, and so we should now draw others to Jesus.  And although there are many words that refer to our Lord, He alone is the Master Builder.

As we seek Him today, let all your words and all your actions have one unified meaning and purpose, and may it all revolve around Jesus.

Who is In Control of Our Hearts