The Tornadoes of Life 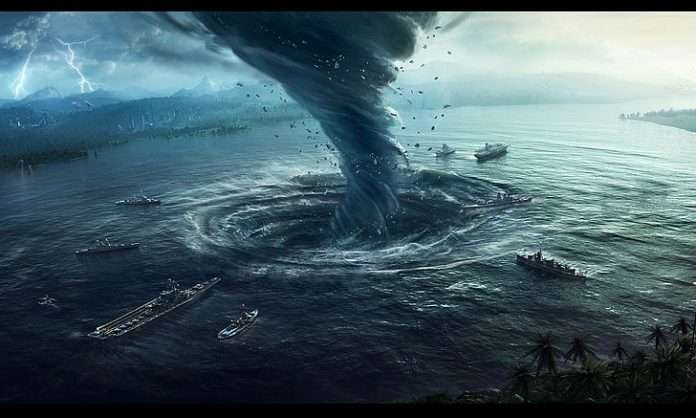 Our verse for today comes from 2 Peter 2:6, ” And turning the cities of Sodom and Gomorrah into ashes, condemning them to destruction, making them an example to those who afterward would live ungodly. “

A few years ago, people across the South and Midwest saw destruction like they hoped they would never see. Incredibly violent tornadoes destroyed neighborhoods and took lives at an amazing rate. In mid-April, more than 100 tornadoes ripped through North Carolina, killing over twenty people. Less than two weeks later, massive tornadoes hit Alabama and continued on through six states, killing almost 300 people. Wind speeds of the twister in Tuscaloosa may have been as high as 260 miles per hour. A couple of weeks later, a single
hit Joplin, Missouri and killed over 120 people within a six mile stretch. And in late-May, thunderstorms and tornadoes struck the Midwest again and killed at least 9 more people. Six horrific weeks of intense weather and deep, personal tragedy. And who knows the amount of dollars it took to rebuild some of those communities and towns. The impact on so many people is immeasurable, and the effects can last a lifetime.

But for us on the sidelines, we who were spared the misery and heartbreak and have never known such calamity, what are the effects as we read about others’ despair? What were the effects on the people of Zoar and the other towns near Sodom? How did they process what had happened to two entire cities that were no longer there? If they knew the heart of God, then they would have looked on the ashes as an example of what God thinks about unrighteousness. Now, I am not saying that God sent those tornadoes as an act of judgment. But what I am saying is that a wise follower of Jesus will view the world around him and consider what God may be saying to his heart. Everything that occurs can be understood in light of God’s grace and mercy on your life. Unsuspecting victims of a tornado can remind me that my life is a vapor, worthy of fire, brimstone, or 200 mile- an-hour winds. It should remind me that I don’t live on an island or in a vacuum, that my Christianity should be bigger than Sundays and Wednesdays. And it should burst my heart with thanksgiving for a Savior who took it all for me, and rose to tell us about it.

As we seek Him today, let the events of today speak to your heart. Ask God to turn your eyes on Him as you look at the world around you.