Three Interesting Biblical Facts Can Change How You Pray 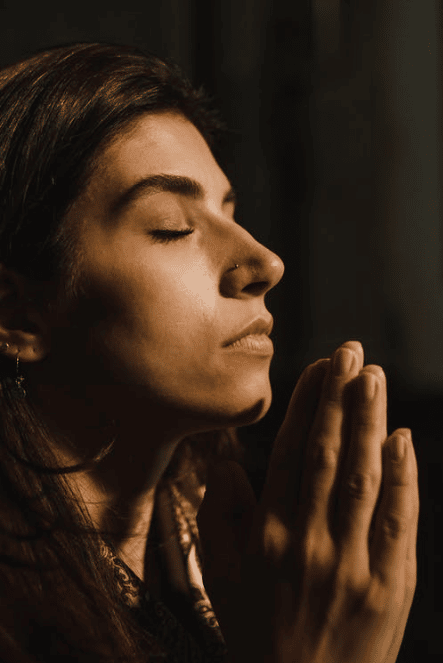 Change how, when, and why you pray

Three interesting facts found in scripture may change how, when, and why you pray.

Remember that Jacob in the Old Testament had two wives, Rachel and Leah.  The full account can be found in Genesis 28:1-29:35. Jacob loved Rachael.  She is described as “beautiful of form and face.” Poor Leah is only described as having “weak eyes.” Jacob worked for his uncle Laban seven years to marry Rachel.  Because Rachel’s sister Leah was the oldest, Laban gave Leah to Jacob instead.  He had to work another seven years to get Rachel.  Fortunately, he did not have to wait seven years to marry her.  In short, he purchased her on credit.  Scripture does not say he ever loved Leah.  This left Leah as a second-string wife and she was not happy about it.  It’s a longer story but God caused Rachel to be barren while allowing Leah to bear four sons.  This potentially raised Leah’s status as a wife to Jacob.  She named her first three sons Reuben, Simeon, and Levi.  Of the fourth son, she said, “This time I will praise the Lord” (Genesis 29:35).  Therefore, she named him Judah.  So, by her statement, she defined Judah to mean praise.

The original form of the word Judah was Yehudi pronounced ya-HOOD-a.  In today’s English, it is pronounced JOO-du.  It is where the word “Jew” comes from.  The tribes of the Levites, Benjaminites, and Judah were collectively called “Jews.”

When Israel was doing their forty-year attrition hike (Numbers 14:26-35) in the wilderness, God prescribed where each tribe was to camp relative to the Ark of the covenant, which was at the center of the camp.  When Israel would break camp, they were instructed by God in which order they were to assemble.  The tribe of Judah was to head out of camp first (Numbers 2:9).

Have you ever said, “if I told you once I’ve told you a hundred times?” God tells us we are not only to worship Him, but how to worship Him.  He is pretty clear about it, mentioning it more than 100 times in scripture, mostly through praise.  Hebrews 13:15 is just one example of that.

2 – Judah lead Israel out of camp.

Taking a little sidestep in thought, God doesn’t leave much to chance when it matters.  When we see God spending time on details in the Bible, that’s a clue that it’s important to Him.  If it’s important to God it needs to be important to us.  Watch for it as you read the Bible.

An example of God and the importance of details, is the instructions He gives for building the tabernacle.  They span thirteen chapters (Exodus chapters 25–31, 35–40).  Not to mention the priests’ clothing.

Yet to build an ark large enough to carry a pair of all the animals in the world, the Bible spanned only three verses (Genesis 6:14-16).

Why the difference in detail? The Tabernacle was holy to God.  It was important.  Every bit of it.  So, God gave details.

The Ark was just a boat, its construction, short of being able to carry its cargo and stay afloat, of which the three verses speak to, wasn’t nearly as important.

Judah first out of camp

So, looking at details to clue us into what is important to God, let’s now go back to scripture, detailing who was to lead Israel out of camp.  It was the Tribe of Judah (Numbers 2:9).  Combining that with Judah meaning praise, could it be that God is also telling us to lead with praise?

As for me and my household

Remember that famous line from Joshua when he is giving his farewell address to Israel just before he dies.  As an encouragement to Israel not to spurn God and give into idol worship he says “As for me and my household we will serve the Lord” (Joshua 24:15)

Maybe we can apply that attitude as well by saying “As for me and my household we will praise the Lord?”

So that’s it.  Praise God in all things.  Praising God should be the first thing we do.  Think on this.  We can…

…praise God for our meals, as we thank Him

…praise God for His work in the people around us, as we pray for them

…praise God every morning, for the new day

In time you can become adept at seeing things in your world to praise God for.  He considers this an act of worship.

As a final word and example.  Saul was going to kill David in his own house, in his own bed nonetheless (Psalm 19:11-17).  David’s wife, Saul’s daughter, that same daughter that Saul gave to David to spy on him, helped him escape at the risk of her own life.  We may have issues but probably none of us worry about being speared to death in our own beds at night.  Of this event, David wrote that he would “sing praises to You, For God is my stronghold” (Psalm 59:17).

In light of being murdered, David praises God.  What an example to us.

Praise God from whom all blessings flow

With these things in mind maybe it will give a renewed meaning and life to the Doxology which encompasses the whole aspect of praising God.

Praise God from whom all blessings flow

Praise Him, all creatures here below

Praise Him above the Heavenly host

Let this (praise) be your prayer to God throughout the day.

To comment on this post please go to this article on Medium.
Paul Johnson | BCWorldveiw.org, a 501(c)3 Nonprofit