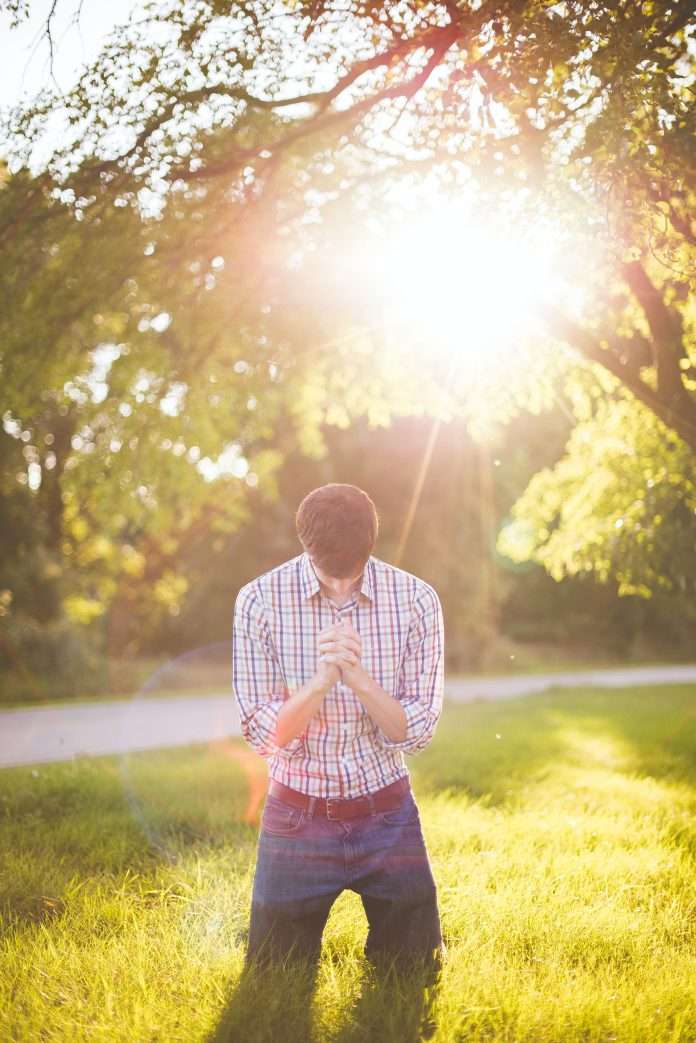 Our verse for today comes from Genesis 32:7, ” So Jacob was greatly afraid and distressed; and he divided the people that were with him, and the flocks and herds and camels, into two companies. “

In the movie, Facing The Giants , the main character and his wife have been trying unsuccessfully to have children for several years. Finally, he goes to the doctor and finds out that he is the cause of the problem, and he and his wife will probably not be able to have a child of their own. As he wrestles with this disappointment and several others that have overwhelmed him recently, he turns to God and commits his utter dependence and devotion to the One who is his rock and redeemer. And then he asks his wife, ” If the Lord never gives us children, will you still love Him? ” Later, thinking, but mostly hoping, that she might be pregnant, she goes to the doctor and finds out once again that she will be disappointed. But as she gets in her car, she tells God that she will still love Him, despite what happens regarding children.

When the moment of despair hits you, what will you do with God? When Jacob thought that Esau was coming with his army to kill him for all the wrongs he had done to him, he was afraid and distressed and worked out a plan to minimize the damage. He had coerced and connived his way for so long that he naturally turned to his own resources for delivery. And sometimes we are Jacob, fearful that we’ll get some of what we deserve. And other times we are the couple, floundering with wonder, struggling with why and what if. But the question is still the same. If the outcome is not good, will you still love God? If you suffer or struggle or never get the answer you desire, will you still love God? Is your God your Rock and Redeemer, or is he a god with a lower case ” g ” ? Will the fear and distress that naturally beat on you renew your commitment to the One who doesn’t explain everything, or will you hold it against Him? I’m sure that we all want to say that we’ll love Him. But you might be the one who is struggling right now with this. If so, allow Him to love you now like He has loved you for all eternity, holding you in just the right way. Trust Him through the hurt, for He is right there with you as always.

As we seek Him today, let the hurt or distress that you’re going through turn you to the One who knows the beginning from the end. Commit your love to Him, and walk by faith and not by sight.