We are Never Too Old to Serve 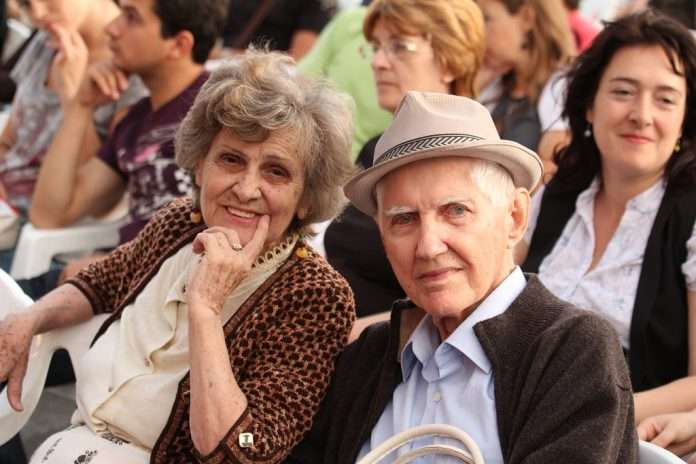 Our verse for today comes from Deuteronomy 34:7, ” Moses was a hundred and twenty years old when he died, yet his eyes were not weak nor his strength gone. “

There is an ancient riddle from Greek mythology that asks what goes on four legs in the morning, two legs at noon, and three legs in the evening. The Sphinx that guarded the city of Thebes would allow no one to come or go unless they knew the answer to her riddle. Eventually Oedipus came to the gates and solved the riddle, answering that man crawls on all fours as a baby, walks upright as an adult, and uses a cane in old age. And it’s the natural progression for our bodies, to go from unstable to secure, and back to unstable again. It will happen to us all. Our pace will drop off, the ease that we manage stairs will go away, and we’ll be left with a worn out body. Regardless of whether you sat at a desk all your life, exercised twice a day, or ate nothing but junk food, it’s coming.

But it didn’t come for Moses. He lasted 120 years, and his eyes were still strong and his strength was still there. An entire generation around him died in the wilderness, but he made it all the way to the end. And when he got there, he was alert and full of vigor. He had endured his time in Midian, he had stood up for the Lord before Pharaoh, he had led a wayward people who continually turned from God, and he had walked every mile that they travelled. But his eyes were not weak and his strength was not gone. Even the knowledge of being banned from entering the promised land had not sapped him of his devotion. He had carried his staff for the Lord wherever he was led, and God renewed his strength. And Moses used the strength that God gave him for His purposes. He wasn’t planning on retiring and soaking up the sun. He didn’t consider a certain age to be too old to be used by God. He didn’t pack it in after thirty years and say that he had done his part. He may have even been having a conversation with God right when he died, for God was the one who buried him. He remained strong, and just passed from talking to God to being with Him. So, keep serving Him, no matter how many legs you have or how thick your glasses are. You’ll know you’re done when you see Him face to face.

As we seek Him today, ask God where He can use you. Forget your age and your limitations, and experience the strength of the Lord.

UN Sculpture and the Bible