What do you treasure? 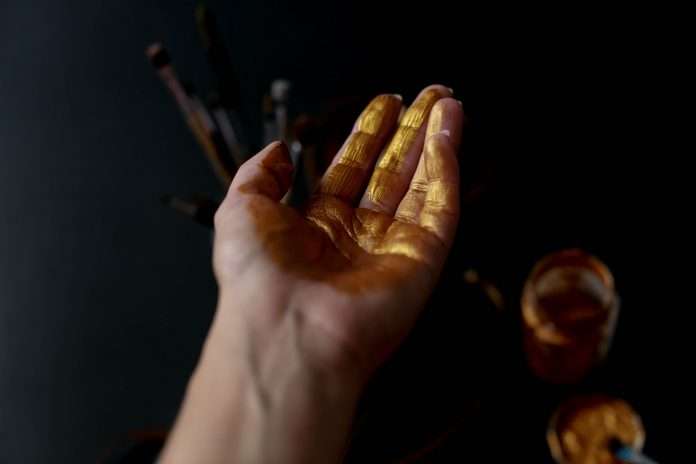 Welcome to my second newsletter. Below is a short meditation that asks the question, “What do you treasure?” As I hope you will see, it could equally have been called, “What distinguishes you?”

But first some brief news:

On 12th October I published the third in the series “Life Lessons from the Potter’s Wheel”, called, “Opening — How to Build a Good Foundation”. It describes the “opening” process in forming a vessel on the wheel, and how it illustrates the importance of the foundations in our Christian life. It introduces the importance of: honesty with God; the word of God; the love of God; and assurance of salvation.

I’m currently reading the book “Going Deeper”, by Gordon MacDonald, which I’m finding very inspiring. Through it, I feel that God has been confirming to me that I should write my second book, the working title is “By Him and for Him: Fulfilling Your Eternal Purpose”. You had a brief taste of it in my previous piece, “Centering — How to Find Inner Peace (Hint: It’s Not About You”. I’ll keep you posted…

What Do You Treasure?

‘The kingdom of heaven is like treasure hidden in a field. When a man found it, he hid it again, and then in his joy went and sold all he had and bought that field.

‘Again, the kingdom of heaven is like a merchant looking for fine pearls. When he found one of great value, he went away and sold everything he had and bought it.’ (Matthew 13:44–46 NIV)

What is it about the kingdom of heaven that makes it like hidden treasure and a pearl of great value? Well, even though they were far from the Promised Land, and understood little about the nature of God, I think that Moses and the Israelites knew.

In Exodus 33 God said that he would give them the Promised Land, he would even send an angel before them to drive out their enemies. But Moses and the people we devastated. Why? They were devastated because the Lord said that he would not go with them. He would not go with them because they were a “stiff-necked people”, and he might destroy them. They had shown the hardness of their hearts though their sin with the golden calf. Even a people such as this were devastated by the thought of losing the presence of God. We often do not realise the treasure that we have until we lose it. Moses and the people understood that the Promised Land would be nothing without the presence of the Lord with them. They show us that: it is the presence of the Lord that is the true hidden treasure; it is the Lord himself who is the “pearl of great value”, his love and his nature that we can experience in the kingdom of heaven.

I love the way that Moses says to God:

‘You have said, “I know you by name and you have found favor with me.” If you are pleased with me, teach me your ways so I may know you and continue to find favor with you.’ … ‘If your Presence does not go with us, do not send us up from here. How will anyone know that you are pleased with me and with your people unless you go with us? What else will distinguish me and your people from all the other people on the face of the earth?’ (Exodus 33:12,13,15,16)

Following Moses’ prayer, the Lord does indeed promise to go with them, but I love the way Moses says “What else will distinguish me…” How true that is. What a blessing and privilege we in Christ have, to know that the Holy Spirit dwells within us, “Christ in us”. He is the one who distinguishes us; he is the one who empowers us. He is the treasure that lives within our jars of clay. Let’s rejoice, let’s keep asking God to fill us with his Spirit, let’s be prepared to do whatever it takes to know him more and to please him.

Share
Facebook
Twitter
Pinterest
WhatsApp
Previous article
Pray for the Big and the Small
Next article
Sadly, politics has a way of filtering out the good folks and leaving us the residual.
RELATED ARTICLES
Spiritual Growth