What Has Caused The MASSIVE Spread of Christianity? 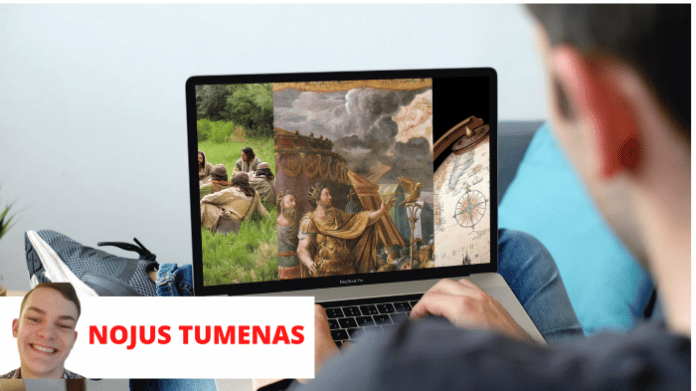 Christianity is one of the world’s three largest religions, with over 2.4 billion adherents across the globe.

I do not like to use the word religion, because Christianity is not a religion; it is a relationship between you and your Heavenly Father. I only use it so that it would be easier to communicate.

Approximately 33% of the world’s population identify as Christians. Christianity has had a major impact on history and culture throughout the ages. This includes influencing Western civilization; shaping world art, music, and literature, and building some of Europe’s most famous universities.

Christianity has also caused conflict among cultures and countries for centuries. So what has caused this massive spread? Read on to find out!

However, no one knows for sure, how many of those 2.4billion Christians are real Bible-believing Christians.

The Spread of Christianity

The spread of Christianity can be traced back to the life and the work of people like Paul, Barnabas, disciples, essenes, etc…

These were the men who brought Christianity from Jerusalem to other parts of the world, such as Turkey and Portugal, etc…

The three most significant years for the spread of Christianity were 313–337 AD. In 313, Constantine 1st issued a religious tolerance edict that allowed Christians to worship freely.

The Edict also removed their obligation to pay taxes in order to keep their churches open. In 325, Constantine convened six bishops at Nicaea and set out guidelines for Christian doctrine and organization.

This included agreeing on how core Christian beliefs should be represented in art and architecture. Finally, in 337, Constantine again supported Christians by repealing laws that prevented them from assembling or testifying under torture concerning their beliefs.

All this led to a major growth in the number of Christians throughout Europe at about this time.

Scholars argue that the Christianity began with the teachings of Jesus Christ, a preacher and healer who lived in a Jewish region in a Roman province from about 5 BC to AD 33.

Christianity has been one of the most influential forces in human culture for centuries.

Early Christians forsook their Jewish traditions, after they heard the way Jesus spake, and after they have seen the miracles he did.

Christianity spread because Jesus commanded his followers to preach the gospel to the whole world.(Mark 16:15)

The Christian emphasis on morality, salvation, and forgiveness helped convert many people throughout history, because the message was so unique, and powerful

Jesus, while he was still alive, performed miracles and healed the sick and the lame, this brought many people to believe in him, later, after Jesus was put to death, the Holy Spirit came which gave early disciples a gift to heal.

This is exactly what the Bible says:

And a great multitude followed him, because they saw his miracles which he did on them that were diseased.(John 6:2)

And when he had called unto him his twelve disciples, he gave them power against unclean spirits, to cast them out, and to heal all manner of sickness and all manner of disease. (Matthew 10:1)

As Christianity continues to grow, many are wondering how it has spread so quickly.

While there are many religions in the world, each with their own unique history, Christianity is one of the few faiths that is predominantly found in Europe, North America, and parts of Asia, who has the most unique faith, which says we can’t earn our way to Heaven.

The Christian faith still continues to grow today, even though it’s been around for centuries. So what’s the secret to its success?

Many people believe that Christianity has been able to spread so quickly because it offers people hope, and that it is followed by Signs and Wonders.

I will leave it for you to decide.

The Church is an Embassy in a foreign land and we are its Ambassadors.

Saturday Morning at the Abortion Clinic

The Church is an Embassy in a foreign land and we are its Ambassadors.