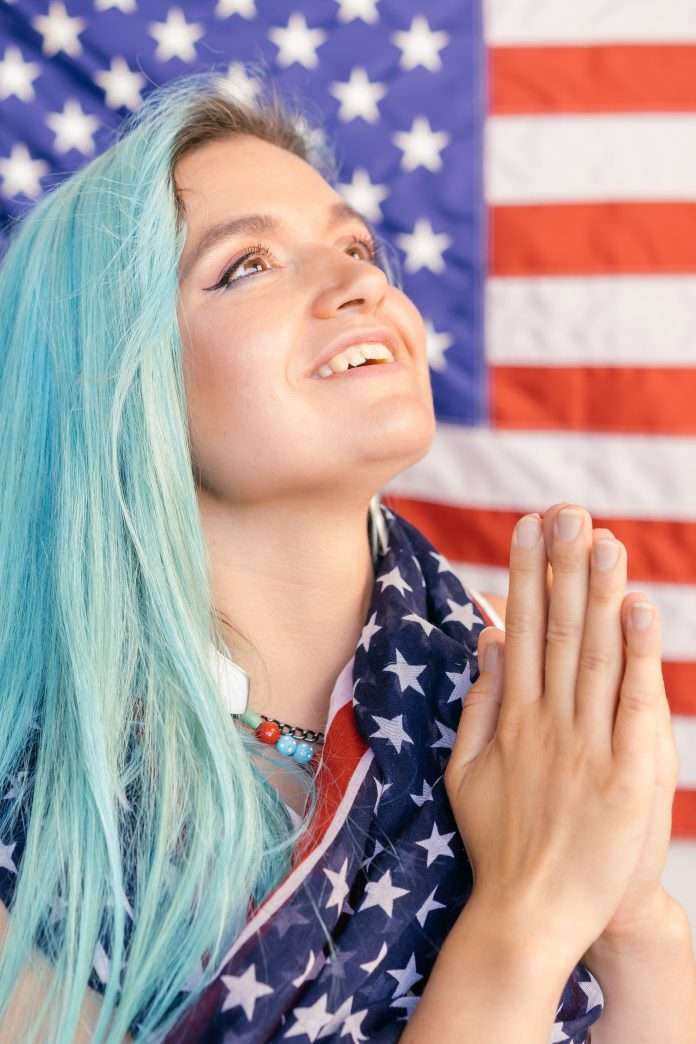 Christian – “one who professes belief in the teachings of Jesus Christ”

Nationalism – “loyalty and devotion to a nation”

So, in the cleanest sense of the phrase, a “Christian Nationalist” is one who believes in the teachings of Jesus Christ and is loyal and devoted to America.

Where are we Today

Are you old enough to remember when professing Christian morals and a patriotic view of America was a good thing? I certainly am. Today, however, that is no longer the case.

Christian – Christianity, as a term, has fallen on hard times, as so many have lost an understanding of what it means to “profess belief in the teachings of Jesus Christ”, beyond the phrase “love your neighbor”. The Bible contains 31,102 verses and approximately 757,400 words. Many do emphasize our need to love our neighbor, however, God’s instruction manual for life does contain a few more commands applicable to us today. Not the least of which is that there is a narrow pathway to eternity with Him that is offered through the death and resurrection of His Son (Eph. 2:8-9, Rom. 10:9). Many Christians and non-Christians seem to get lost in the muck of abortion and gay rights that make evangelism challenging and relationships strained. All this, of course, twists the term “Christian” in the eyes of unbelievers.

Nationalism – Are you old enough to remember when saying the pledge of allegiance to the flag and pride at being an American, (the greatest nation in the world), was considered “normal”? I certainly am. And yes, for those who understandably see “pride” as a sin to avoid, I acknowledge there is a downside to nationalism. But we live in a sin-cursed world, often balancing on the edge of determining what is least bad, rather than the clarity of pure good vs. pure evil which we will understand on the other side of the grave. From that perspective, the motivation, unity, and comradery that is elicited by nationalism cannot be overstated. Today, by contrast, we are experiencing the results of the antithesis of nationalism in many sectors of our society.

Sadly, today many in this country have attached the baggage of terms like theocracy (religion taking over government) to “Christian Nationalism”.  The extremes are the loudest voices in polarizing our country, as the secular fear some form of pending Christian takeover of government, bringing on a version of Shariah law. The Christians, on the other hand, see lawlessness, abortions, and the emergence of more outspoken transgender displays, and are that concerned our country is falling farther from the morality of its roots. So, while the extremes on both sides are yelling at each other and the media is choosing to cater to one side or the other rather than seeking to fairly represent the majority in the middle, we, as a nation, apply terms like “Christian Nationalism” as a club in an attempt to beat Christians into silence and submission, again combining what was once considered two positive words, Christian, and Nationalism, into a negative term.

On an encouraging note, consider the terms “defund-the-police”, “no-bail laws”, “deplorables”, and “woke”… In certain cases, terms do come back to haunt the originators. Certainly, Trump has a list of his own that keeps him up at night (or should).

It’s ok for a Christian to promote moral values and to love our nation and want the best for its people. “Christian Nationalism”, on its face, is not a bad thing. However, when it gets in the way of something better, like sharing the love of Christ to a lost and dying world, we need to think twice about promoting it. The Lord wants us to press His agenda, which is offering the Good News of a personal relationship with Jesus Christ. Salvation offers not only eternity in Heaven, but also brings with it the operations manual for life on this side of the grave (the Bible).

In the end, how blessed would this country be if we returned to many of the moral values we have set aside over the last number of years, and the majority of us actually had the Holy Spirit in our hearts? This is the true definition of “Christian Nationalism”.

A reader made a great point that I should have included in this post. He reminded me that the word “Nationalism” in the context of this country or in the context of Christians, in general, can imply that God loves Americans or Christians more than other nations and peoples. The fact that I did not clarify that our God loves ALL nations and ALL peoples, regardless of who they are, hit me like a sledgehammer. It probably deserves its own article.

Our God is love and defines love. His love is unlimited and unequaled. Consider the parable in Luke 15 of the Shepherd going after the one sheep, leaving the 99. God loves people, not countries. He loves the lost just as He loves the saved. The term “Christian Nationalism” only relates to mankind and in no way describes an all-loving God of the universe.

A Burden to Bear