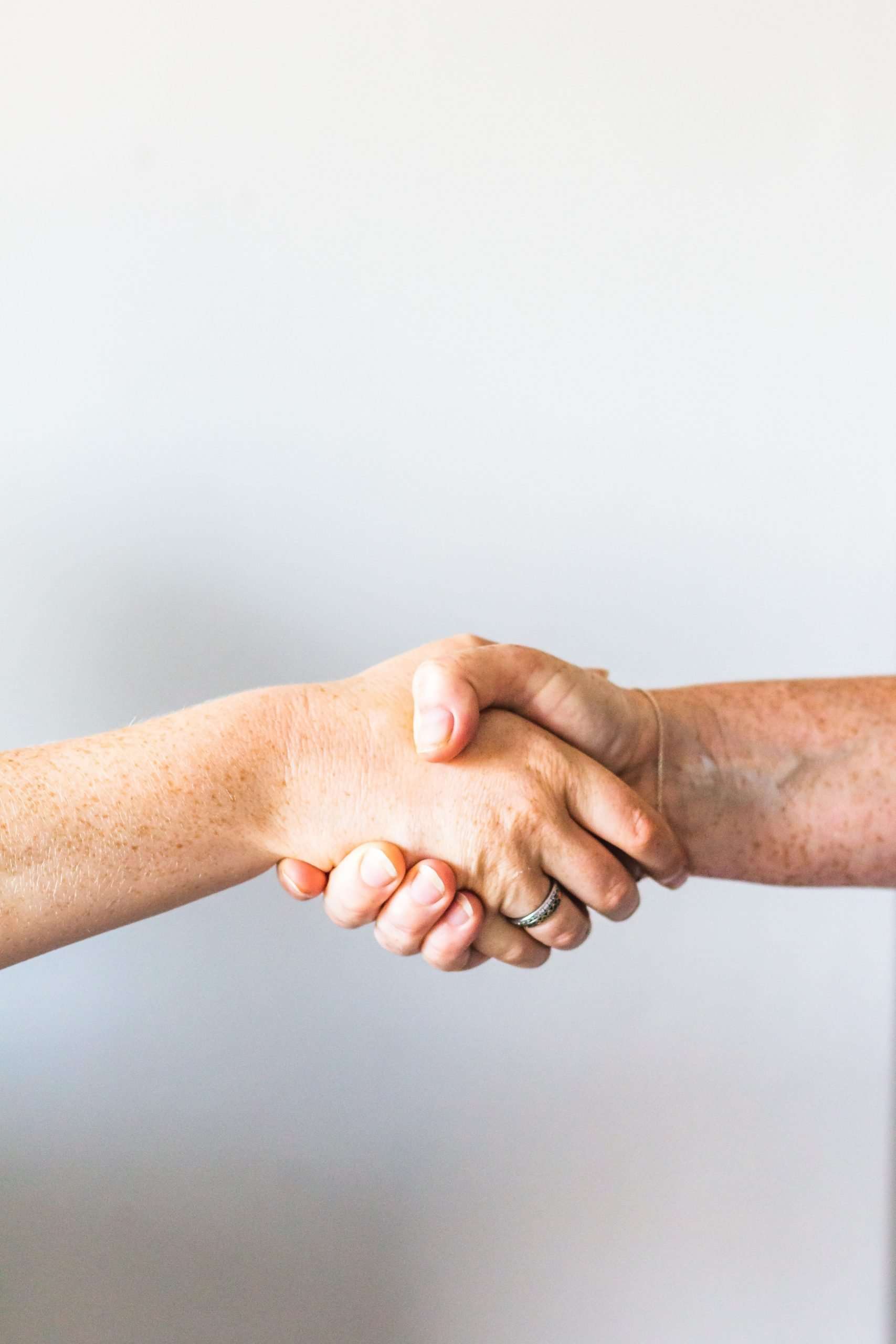 Our verse for today comes from Acts 13:3, “Then after fasting and praying they laid their hands on them and sent them off.”

Those of us with younger brothers, and those who are younger brothers, can probably recall hearing the warning come down from their mom, “Don’t you lay a hand on him.” To the older brother, it was sound advice to avoid certain punishment, and to the younger one, it brought relief and freedom from the fear of being pummeled for no apparent reason. Such are the common dynamics of boys growing up together. In the adult world, such situations are generally more serious and consequential.

In Peter’s case, the last time we read of someone laying their hands on him, things took a drastic turn. First, Herod seized him and threw him in prison. There he was bound in chains and sentenced to death. But then, a different sort of hand was laid on him. An angel arrived in his cell while he was sleeping, and so he struck him on his side to wake him up. Moments later, Peter and the angel were walking out into the streets, and Peter returned to his friends a free man.

Soon thereafter, over in Antioch, a group was meeting for an extended time of worship. And while they fasted and sought the Lord and praised Him, the Holy Spirit came with a message. Saul and Barnabas were to be set apart and sent off for the special calling for which the Lord had chosen them. And for them, yet another sort of hands was laid on them. Those in their fellowship laid on them hands of encouragement, affirmation, unity, love, and support. Bathed in prayer and devotion, these hands were used by the Holy Spirit to initiate world-changing missionary trips, where the word of God and the gospel of the risen Savior would spread far and wide.

You, too, are given hands. Hoping to get their hands on them are older brothers, Herod, the angels, and the Holy Spirit. Presented to you will be opportunities to do the very best and almost anything less than that. You’ll hear a voice saying don’t lay a hand on them, and others that will say get up and go. Through prayer and fasting, you may hear something even more radical. But regardless of what you hear or don’t hear, your hands will be busy today. What sort of hands will they be?

As we seek Him today, use your hands as an extension of the renewed heart that resides within you.

“My Hope is Built on Nothing Less”