What’s Happening to our Churches ? 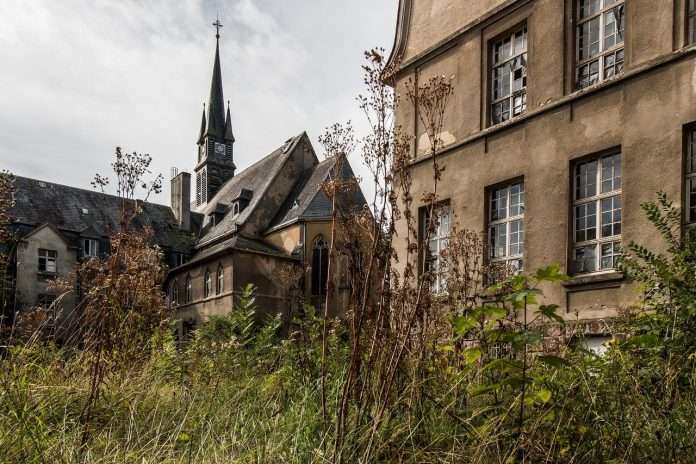 With so much happening in America these days, one can only use COVID as an excuse for so long. To that point, Christian churches have seen a significant decline in attendance due to the pandemic. For those that survived, one unexpected outcome was the forced technology upgrades that put Sunday services online. However, as we all return to “normal”, church members have been reluctant to leave their video screens and return to the fellowship and accountability that comes with physical church attendance.

Gallop published a poll earlier this year. It concluded that for the first time in their 80-year history of research, church memberships dipped below 50% (47%). This was down from 70% in 1999, which had previously remained nearly unchanged since 1937. Gallop’s rationale for the decline was due to an increasing lack of “religious preference” among those polled.

Pew Research just published a report stating that “Three-in-Ten U.S. Adults Are Now Religiously Unaffiliated”, otherwise referred to as the “Nones”. This is an increase of 10 percent over the last decade. “Christians” continue to make up the majority (63%) of Americans. However, they have dropped 13 points since 2011.

Why such an increase in Unaffiliated Religious Preferences

Gallop and Pew Research have been noncommittal in explaining the underlying reasons for these trends. Recognizing that God is in control and His timing is perfect, He does choose to work through the human condition. From that perspective, I believe one of the foundational reasons for the deterioration of religious affiliation across all denominations is the watering down of theology to comply with current social norms. This is especially true in Christendom.

In the simplest terms, our human, independent spirit resists following someone we disagree with. Many reinterpret the Bible, plucking verses out of context, to fit their conceived notions of morality or desired behavior. Others choose to ignore parts of Scripture that do not fit their paradigm of God by saying the Bible has been contaminated by those who penned it. As society has become more and more divisive, traditional Christian viewpoints have become increasingly public and controversial. Topics such as abortion, gay marriage, and women in church leadership have challenged both denominations and their congregants. Further, traditional Biblical Christian beliefs in the areas of Creation, Eschatology, the existence of a literal Hell, and Biblical infallibility have been questioned.

To placate their members, many denominations and independent churches have succumbed to the “woke” viewpoints which have come out of our educational systems over the past 20 years. To their peril, these meeting places (churches) have been hollowed out theologically to the point that clear, balanced Biblical teaching has been replaced by an exclusive view of God’s love for mankind translated into the importance of social justice.

As a result of the pandering of church leaders to the “woke” culture all around them, denominations have become less distinct and exclusive in their beliefs. Americans are more concerned with social issues than systematic theology. Consequently, one church, one denomination becomes indistinct from another. Christianity preached from the increasing number of liberal pulpits focus on ever-expanding aspects of a few selected soft-sell Biblical teachings about the need for mankind to love each other. Though true, this spotlight on God’s love pushes out so many other harder to accept Biblical teachings. In the end, Americans have lost their allegiance to their church and have become “unaffiliated”.

Of course, the conclusion above is only a subset of the problem. Other aspects of the deterioration of Biblical Christian church attendance include the:

From an eschatological (End-Times) standpoint, it would seem God is watching (or in control of) mankind’s drift toward a one-world religion as predicted in Rev. 17:1-18 (“the great harlot”). This trend of denominations continuing to become less and less distinct in their theology and more attuned to cultural norms is a perfect precursor for a merger of mainline denominations. As many are aware, the World Council of Churches was “founded in 1948 to work for the cause of ecumenicalism”. It currently includes 340 denominations in 120 countries and includes a working relationship with the Roman Catholic church.

No one knows the day nor the hour when Christ will return (Matt. 24:36). However, with our Biblical Christian Worldview becoming less and less tolerated in today’s “woke” environment, coupled with the pressure on our churches, Pastors, congregants, and denominations to accept watered-down, unifying theology, there are clear warning signs that we need to be ready for whatever God has in mind.