Where Should Biblical Christians Stand on the COVID Vaccine 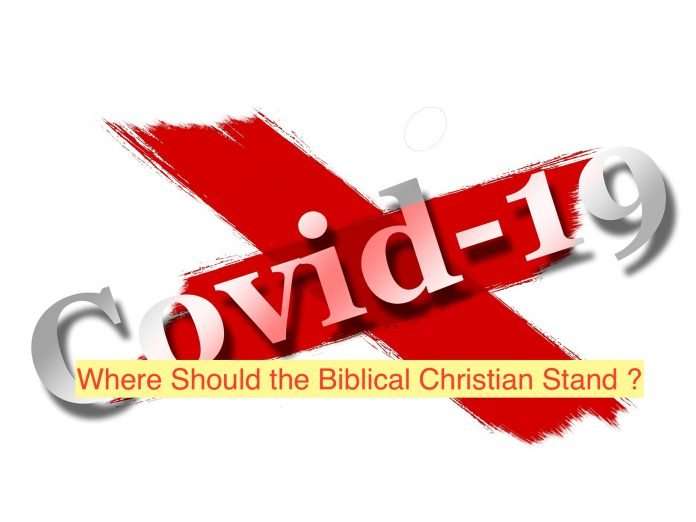 The rhetoric from the Left is that Republican conservatives are the enemy of herd immunity. Though this is not the case, there are a substantial number of Biblical Christians who are resistant to taking the vaccine. I would respectfully argue that the underlying reasons for their response, though perhaps valid from their perspective, cannot, with one minor exception, be supported by Scripture. So, where should Biblical Christians stand on the COVID vaccine controversy?

I received a short article from a friend, written by Pastor Keith Marshall, entitled, “What does your faith exempt you from?” The point of the piece was to apply Scripture to slam Christians who use their faith as an excuse to avoid taking the vax. Quoting Phil. 2:3-4, Gal. 5:13-14, and Matt. 25:40, the author suggests that “by invoking the name of Jesus to claim exemption, you are using the Lord’s name in vain and therefore sinning”. Of course, the article was picked up by the liberal media and blasted throughout the internet as red meat (Christian-bashing Christians).

Recognizing that I personally believe nearly everyone should be vaxed, I also accept that there are strong, supportable reasons for holding a different opinion. Marshall makes his case from an invalid premise. His underlying false truth is that those who choose not to take the vax are being selfish rather than loving.

To that, I would respond…

First, Marshall chooses not to qualify his judgment by ignoring those whose doctor recommends them not to take the vax for many reasons, such as pregnancy. Also, the less informed see the well-educated (doctors, nurses, professors, scientists, etc.) losing their jobs over a refusal to take the vax. They can’t help but be influenced by those realities.

Second, the Pastor chooses to ignore those (supported by some studies) that say someone who has had COVID will reduce their natural immunity by taking the Vax.

Third, he ignores those who believe that a rush to judgment (fast-tracking approval w/o any significant longitudinal studies) will not show adverse effects to our Holy Spirit temples until later in life. (Thalidomide comes to mind.) People, and not just Christians, no longer have a high level of trust that their elected leaders are legislating in their best interests. This, is regardless of the Scriptural fact that we are supposed to live peaceably and follow our elected leaders (Rom. 13:1, Titus 3:1, 1 Peter 2:13-14). At some point (and every Christian puts that point in a different place), we all may have to reject our human leaders and look to God for our laws (Acts 5:29).

Finally, Marshall ignores the fact that those who are unvaxed, by in large, are only dangerous to others who have chosen the same path (see earlier COVID article).

It’s not just about a stubborn, rebellious, selfish, Christian having a sinful heart as Marshall tries to Scripturally suggest. It is more complex and nuanced than that.

Again, to be clear, I think Christians should get vaxed. However, there is perhaps one reasonable Christian response to Marshall’s holier-than-thou Scripture-based mandates.

A Valid Basis For A Religious Exemption From Vaccination

I read an article recently that provides some support for a Biblical Christian anti-vaccine position. The author makes the point that our body is a temple to the Holy Spirit (1 Cor. 6:19-20). As such, we need to be thoughtful about what we put into it. Beyond rare incidents of adverse reactions, the deeper question asked by some Christians is whether fetal stem cells are part of the formulation.

Christianity Today, and many other less Christian sources, have weighed in on this issue. They cite a Christian Medical & Dental Association article, which states that “Although it is true that the animal-phase testing for these vaccines used abortion-derived fetal cells, commendably it does not appear that production methods [employed by Pfizer and Moderna] utilized such cells.” This has been confirmed by many other sources. Of course, one could argue that just using stem cells in testing is a sufficient reason to resist the vaccine.

However, consistency in this position would have to include many other vaccines (chickenpox, rubella, shingles, polio, MMRII) and the use of drugs in the treatment of diseases such as Parkinson’s, Huntington’s, Rheumatoid Arthritis, and Diabetes. Finally, artificial flavor enhancers used in coffee creamers and soup, among other foods, were tested using aborted fetal cells. A Christian could theoretically claim opposition to the use of stem cells in research, not in the COVID vaccine itself, as a Biblical basis for resisting the vaccine.

With the possible exception of fetal stem cells used in development, I understand why Marshall finds the term “religious exemption” inflammatory. For many, using our Biblical Christian Worldview as a pretext for refusing the vaccine is similar to being a “religious conscious objector” to war. It may become a legal avenue for relief, but often the real reasons behind the decision come from a different source(s). This view is also supported by a recent article by David Closson at the Family Research Council.

We all strive to find a balance between personal freedom and government overreach. As the walls continue to close in on the unvaxed, one may be compelled to find a legal position for protection. As Biblical Christians, we need to look carefully at our reasoning to determine if it is based on Scripture or other rational. Though I personally believe the advantages of the COVID vaccine outweigh the disadvantages, I firmly believe that each person should make their own decision in the matter.

The Irony of Trump Bashing

Did You Know These Things About Jesus Christ? (Offensive?)