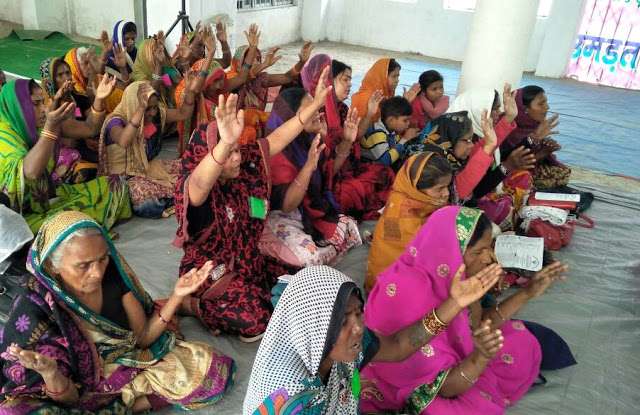 This past week I had a lengthy conversation with a Biblical Christian couple who have been missionaries in India for many years. Toward the end of our discussion, I asked them why they are so fearful and secretive about sharing their faith. Their response shocked me but, sadly, did not surprise me.

According to Wikipedia, India is a nation of 1.38 billion people, the second most populated country in the world, next to China, and followed by the United States. In terms of religion, India is 80% Hindu, 14% Muslim, 2% Christian, and 4% Other.

The Hindu Faith in India

Hinduism is one of the oldest known religions in the world with writings going back to nearly 1500 B.C. It is also one of the most complicated religions given its broad and diverse theology, as well as the worship of some 330 million gods. Found mostly in India and Nepal, Hinduism is the fourth largest religion in the world with Christianity, Islam, and Secularism as the three larger.

Though most consider Hinduism polytheistic (having many gods), there is one supreme god, Brahma, who is both impersonal and unknowable and is a part of everything in the universe. Hindus view man as divine, in a constant cycle of reincarnation, having Brahma within us.

Culturally, Hindus have the reputation of being pacifists in their day-to-day dealings with others. However, their sacred texts state that it is acceptable to use “violence in the face of evil”.

The Muslim Faith in India

Islam is more of a way of life than simply a religion. As with Hinduism, there are many different sects of Islam, with the two largest being Sunni and Shi’ite. It is this second, smaller group, who are Muslims within India. Their sacred text is the Quran and they believe that Muhammad was god’s (Allah’s) messenger. Further, they see mankind in an exalted status similar to the prophets found in the Quran. In India, Muslims typically live in peace with the Hindu majority. However, there are indications that the government is targeting Muslims disproportionally, based on their beliefs.

A recent article offered the statistic that, in the first 103 days of this year, there have been only 127 incidents of violence toward Christians in India, down from an average of 141 over the same number of days in 2021. Given a population of 1.38 billion, these figures do not suggest rampant physical aggression, based on religion. Hidden in the numbers, however, is likely a more subtle persecution for Christians such as “intimidation”, the disruption of church services, “anti-conversion laws”, “government intimidation”, and “social pressure”, all outlined in detail.

So the question becomes, why is there such pressure on limiting Christian evangelism on the part of Hindus, while there is so little physical violence against the small minority of Christians in India?

Perception of Christian Culture – Based on America

According to my Christian evangelists, sharing their faith immediately attaches them to American culture, largely through the lens of our news outlets and television programming. Hindus and Muslims alike see western culture as decadent and immoral. Further, there is a consensus view that all Americans are Christians, and therefore, all American evangelicals are evil.

In India, to accept the Christian faith is to bring shame to their families. And, family unity and honor are extremely important cultural norms for both Hindus and Muslims. Further, as western culture and dress continue to creep into India, they blame Christian influence for the deterioration of their morality, as well as their ethnicity.

It is true that many in India see America as a land of opportunity, a place to make money, but also a place to lose moral ground. For Hindus, this includes moving to lower states in their reincarnated lives. To convert to Christianity is to abdicate not only their family, but their morality, their traditions, and their culture.

Every hour of every day, western nations and especially America, broadcast a culture of drugs (marijuana, fentanyl, heroin), homelessness (tent cities), riots and uncontrollable street crime, premarital sex, single-parent families, homosexuality, pornography, pedophilia, cancel-culture, flamboyant and publicly explicit clothing, insurrections, high divorce rates, alcoholism, open borders, abortion, etc. Even something as benign to Americans as the love affair the west has with alcohol and sports is considered too decadent, exemplified by its banning in Qatar during the World Cup Soccer Games.

The sad reality is that the deterioration of American morality has its impact not only on this country but on those outside our borders as well. Biblical Christian evangelism in India, and likely in other non-western nations throughout the world, is being hindered by the association with drifting western cultural norms. So, even in those places where Christians can speak safely and openly about their faith, they must remain clandestine in order not to be tainted by the reputation of their home country.

Contemporary to Christ, as He was beginning His ministry, Jesus too had to overcome the preconceived notions of the culture from which He came. With God out in front, the task is not without converts, it is just not an ideal environment in which to share “Good News”.

Live Your Day on Faith