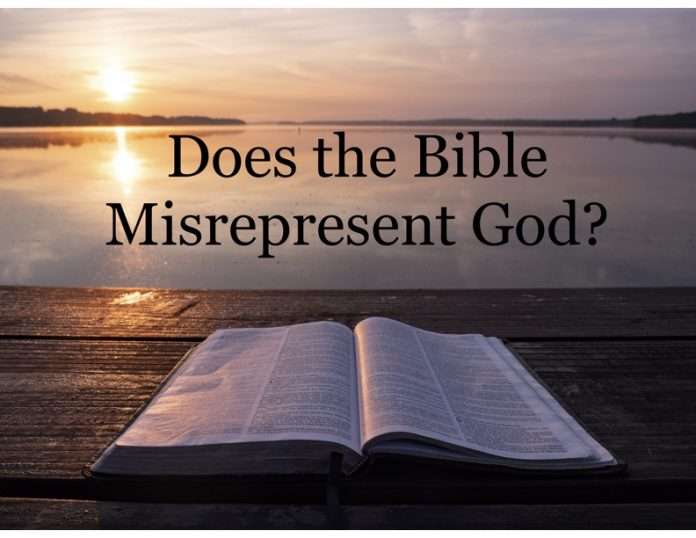 I received a new (to me) approach toward the continuing attack on the Bible as the inerrant Word of God. It came from a thoughtful atheist who posed an excellent question. Summarizing his point…

“A book which slanders God is not likely to have been authored by God. The Bible has passages which slander God. The greatest slander of all is the assertion that God will torture people in hell for eternity. No decent human being (given God’s power) would ever do that to other human beings — we would think them a monster if they did.”

Slander –  “The utterance of false charges or misrepresentations which defame and damage another’s reputation.”

Righteousness – “acting in accord with divine or moral law : free from guilt or sin”

Underlying Premise of the Biblical Writers

The men who penned the Bible, especially the Old Testament, were both so fearful and so respectful of God that they would not even speak His name out loud. One would think they would be the last folks to write accounts of Him that might be considered “slanderous”.

Also true of the New Testament gospel accounts, most were written by men who died because of their faith. Who would die for a belief they thought was “slanderous” toward their all-powerful God?

An Attempt to Understand God

God is loving, but cannot accept His children without a payment for our sins because He is also a righteous (see definition above) Lord over mankind.

So, the conundrum (from a human perspective) is to understand a God who is both love and righteous, at the same time.

God is not under Mankind’s Authority

This is why Christians throughout the world can accept the God of the Old Testament as well as the same God of the New Testament (Jesus). We recognize we are not in control of who God is and what He does. He is the Creator and we are the created.

Secular man, however, understandably tends to filter all behavior through their own moral lens of right and wrong. This is a reasonable approach to life if one does not believe in the supernatural. Without a belief in a “higher-power”, one is left with making our own individualized determinations of what is considered good and bad.

However, for those who set their moral compass based on their faith (regardless of their religious beliefs), there is typically an overarching code of ethics that governs behavior (often found in their sacred texts) which is above question and outside of the changing morality of man.

In most cases, with most religions, a supreme being is not restrained within the boundaries of their human subjects. This is true of the Christian God. He loves mankind and yet cannot accept man’s sin nature, starting with Adam who was thrown out of the Garden of Eden (Gen. 3:23-24). But, God does provide a way out of this apparent conundrum by sending His son who lived a sinless life and died on the cross as punishment for our sins, if, and only if, we accept that gift.

Biblical Christians trust that, in Heaven, we will better understand and even appreciate why God has allowed sin, pain, death, and, as hard as it may be to accept, Hell. We will understand why Scripture documents God’s actions which can be seen as contrary to our view of who He should be. We recognize that God’s ways are above our ways, His thoughts above our thoughts (Isaiah 55:8). By faith, Christians trust that we will eventually understand, (on the other side of the grave), what may seem incomprehensible today.

How to Receive God’s Gift of Salvation

However, to get to Heaven one must accept God’s grace, by faith, something anyone can receive while alive on earth.

A group of Scripture verses from the book of Romans, says it all.

Salvation Prayer – from the heart, not the head

Lord Jesus, I know I am a sinner and I know that You died on the cross for my sins and rose from the grave. By faith, I accept you as my Lord and Savior. Please forgive me of my sins and save my soul. In Jesus name. Amen.