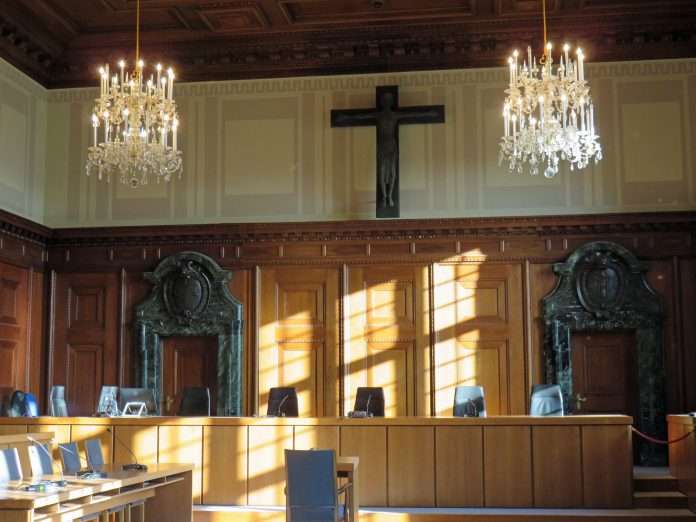 Our verse for today comes from John 17:1, “When Jesus had spoken these words, He lifted up His eyes to heaven and said, ‘Father, the hour has come; glorify Your Son that the Son may glorify You.’”

The hour has come. For the movie, The Green Mile , that phrase takes on a sense of foreboding and finality not found in most other settings. For when the hour comes, inmates must walk that “Green Mile” of death row from their prison cell to the executioner’s chair. In the movie, big John Coffey is condemned to die for a crime of which he has been wrongfully convicted. John is a giant of a man, but simple and gentle. He also has some supernatural powers that he uses to heal, as well as to mete out justice on the one who was actually responsible for what he had been blamed.

By the time the hour has come for John, the prison guards have learned the truth about him, and they deeply regret the tragic fate that awaits the innocent one who has become their friend. But John, though despondent over his imminent execution, is nonetheless ready to die, viewing the world as a cruel place he wants no part in.

Before the hour had come for Jesus, He had said several times that it was not yet His time. But when He met with His disciples this night of His last supper, He knew it had arrived. As He taught His beloved followers, as He spoke openly before them to His Father in heaven, and even as He prayed in solitude later in the garden, He acknowledged the green mile He was about to walk. His time, too, had come to leave this cruel world. But when He willingly departed, He would take with Him the guilt and condemnation that would lead us all to our own deserved execution and replace it with a Way of Truth that produced Life. The hour may come for you in many different forms, perhaps not fatal or life-threatening, but pivotal and impactful. Your resolve will be tested, and your desires will be revealed. Will your eyes then look up to heaven and plead for God to be glorified in you? Will you allow God to redeem the time, or will the cruel world win the day? Many steps make a mile, and those taken with the Lord always lead to a life with more of Him.

As we seek Him today, be about the glory of God, no matter what the hour is.

Why are families not going back to church?