Your Future is in His Hands 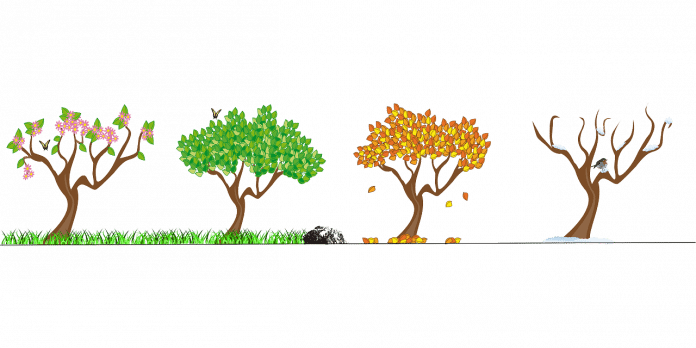 Our verse for today comes from Acts 1:7, ” And He said to them, ‘It is not for you to know times or seasons which the Father has put in His own authority.’ “

Being in the dark. For some of us, that’s not a very comfortable place to be. We like to leave a light on outside to greet us when we come home at night. When we go to bed, even as adults, many of us will have some kind of nightlight glowing to take the edge off of the dark nothingness. Some will leave their entire house lit up just in case they have to go back into one of the other rooms. But for some of us, being in the dark intellectually is even more unsettling. When an activity or opportunity arises, everything needs to be laid out plainly from the very beginning if we are going to be able to participate. Wondering about when or where or how can cause such stress that all desire and ability to join in is lost, not to mention the joy or excitement that should be there, too. Sometimes we call it being thorough, or just being prepared, or having a type “A” personality.

But regardless of how we label it, the need to know can be a powerful monster that can stop a lot of good before it ever gets started.

So imagine the urge that the followers of Jesus had to know what was next, when He had risen from the dead and spent forty days among them, but was now about to depart to heaven. How dark did the unknowns of their futures look as Jesus told them to wait on something called the Holy Spirit? As He was leaving them for a second time, would they have the courage to do…whatever? And how willing are you to leave the times and seasons in God’s hands? How many steps into the dark can you take before you demand some details from the Father of lights? Can you go and begin to do without knowing for how long or to what extreme? How long can you wait before it’s just too long?

The eyes of faith are made to see differently. Many times, they operate best when there is the least amount of light. If your future looks dark, or your plans unclear, maybe it’s because that’s exactly where God wants you to go.

As we seek Him today, spend time thanking Him that He knows everything, and we don’t. Be comforted that He is God, and we aren’t. Know for certain that your future is in the hands of our loving Father.

Share
Facebook
Twitter
Pinterest
WhatsApp
Previous article
The one thing man fears is the unknown. When presented with this scenario, individual rights will be willingly relinquished for the guarantee of their well-being granted to them by a World Government, a New World Order.
Next article
Don’t Take Shortcuts
RELATED ARTICLES
Devotion

Ask God to Move You